Do you have a small or large construction project requiring mini excavators? Hitachi mini excavators are comfortable and easy to operate. The newer models look small externally but have a spacious cab for operator comfort. Hitachi offers a wide range of mini excavators depending on your project and pocket size. Hitachi Mini Excavator for sale can be found below.

Hitachi offers a wide range of mini excavators depending on your project and pocket size. The models and their specifications are listed below.

What Mini Excavators Does Hitachi Make?

There are nine Hitachi mini excavator models. These include:

How Much Does a Hitachi Mini Excavator Cost To Buy?

Hitachi equipment, especially the mini excavators, are very affordable. You can get one for your construction site, even on a budget. Decent mini models cost anywhere between $1000-$19000 depending on several factors.

Naturally, new machines will cost a lot more than the used ones. When shopping around, remember to watch the hours because they point to the age of an excavator. Other factors that determine construction equipment prices include the engine and bucket size. More specifications translate to higher costs.

Pay attention to the hours when buying a mini excavator, especially the used ones. A top-of-art, well-maintained Hitachi Mini Excavator should live up to the 10,000 hours threshold. However, they can live longer or break down too soon, depending on how well you care for them. Those used in rough conditions with poor maintenance only live up to around 8000 hours.

The rule of thumb is to buy a compact machine mainly manufactured less than four years ago. The hour meters should read a number below two thousand. This means the compact excavator is still new and, therefore, in top shape. Additionally, you can enjoy recent technology and more service for a slightly lower price than getting a new one.

What is more, Hitachi understands you need enough time to complete the project. Therefore, Hitachi mini excavators have an extended warranty for every machine part. The warranty is valid two years from delivery or when the excavator reaches the two thousand mark, whichever comes first. This way, you can keep working with confidence, knowing that the equipment will not break down sooner than expected.

What Is the Cheapest Hitachi Mini Excavator?

Smaller models are cheap, going for around $30,000 when new. The bigger new models can fetch as much as $600 000 depending on the model and extra features. You can get a used one at lower prices.

Where Are Hitachi Mini Excavators Made?

These companies produce all Hitachi construction equipment, including mini excavators and the associated spare parts and attachments.

What Engine Is in a Hitachi Mini Excavator?

A Hitachi Mini Excavator is fitted with an Isuzu 6HK1 engine which features SRC, CEGR, and DOC for maximum performance. The Isuzu 6HK1 engine is a successor of the ZX290LC-5 engine and delivers 32 percent more engine power at 24.9 horsepower. Moreover, all Hitachi mini excavator engines have attained the Tier 4-Final standards, meaning they are energy efficient and leave behind a low carbon footprint.

The modern engines feature a Hitachi hydraulic system to enable top productivity and efficiency on any construction site. The small engines fit nicely on the chassis reducing the tail swing. This results in a compact machine with adjustable tracks that fits exceptionally well in tight spaces.

How Much Does a Hitachi Mini Excavator Weigh?

These machines are versatile and all-round, meaning they serve many applications. Hitachi mini excavators can weigh anywhere between 2000 pounds and 12000 pounds, depending on the make and model. The bigger the compact excavator, the more the weight. The weight will also depend on the type of tracks the machine uses. For instance, the steel tracks versions tend to be heavier than the rubber tracks versions.

Hitachi mini excavators are compact and powerful. The ZX10U-6 is the lightest in this series, with a minimum width of 30 inches and a reduced tail swing radius of 32.48 inches. Note that the minimum width can be extended to suit your functions using a blade and an adjustable undercarriage. Additionally, the three-cylinder engines are powerful enough to complete even the toughest and most challenging excavation tasks.

Hitachi has something for everyone considering that they produce heavier models depending on the task. The ZX60USB-5 compact excavator weighs as much as 13,547 pounds. This means a bigger engine and more power to counter the toughest construction tasks. Another cool feature in Hitachi compact excavators includes the EGR or exhaust gas recirculation which reduces the NOX making the ZX60USB-5 more efficient.

Hitachi Construction Machinery understands that you need to adapt your excavator to suit a variety of functions. Therefore, the models come with hook attachments and wedge-style couplers. This allows you to use different attachments such as breakers, buckets, and augers.

Hitachi and John Deere have a supply relationship that dates back to the early 60s before the two decided to start a joint manufacturing venture in 1988. The joint manufacturing venture aimed to produce excavators in the new plant located at Kernersville, NC. The two increased their cooperation and production relationship by establishing the forestry wing machine department. Langley, BC, would host the Deere-Hitachi Specialty Products.

The two would continue with their joint production efforts in 2001. They added the Deere-Hitachi Brazil production plant in Indaiatuba, which boosted their distribution and marketing strategies in the Americas.

If you have seen Hitachi excavators in John Deere showrooms and vice versa, they were not there by accident. Depending on the location, one company is always marketing and supplying for the other. The two have had a successful mutual relationship in the American continent, as evidenced by the John Deere Construction and Forestry Division & Power Systems.

However, the two companies, John Deere and Hitachi, decided to split and end their joint marketing agreements and manufacturing ventures. The new agreements took effect earlier in 2022 after regulatory approval. The new supply agreements and the new license only allow John Deere to supply Deere branded equipment. Hitachi is now a separate entity and will supply Hitachi branded construction equipment only.

Under the new agreement, John Deere will dominate the branded excavator market in the Americas. For instance, John Deere will take over the Deere-Hitachi production factories in Canada, British Columbia, Kernersville, NC; Langley, and Indaiatuba, Brazil.

In contrast, Hitachi terminated their Americas’ marketing arrangement with John Deere. Hitachi will now distribute their own branded equipment in the Americas, which John Deere previously did.

What Is the Best Hitachi Mini Excavator?

The Hitachi ZX10U-6 is the smallest yet most efficient mini excavator. The compact excavator has an impressive power output of 12.9 horsepower, enough to complete small projects in time. It has an operating weight of 2447 pounds meaning it can work on the brittle ground that other heavier machines cannot access.

Additionally, the compact excavator can dig up to 5 feet deep and has a maximum reach of 10 feet 7 inches. It packs all the good features of Hitachi, such as a short tail swing and environmentally friendly, Tier-4 engine.

Click here to purchase a Hitachi Mini Excavator for sale. 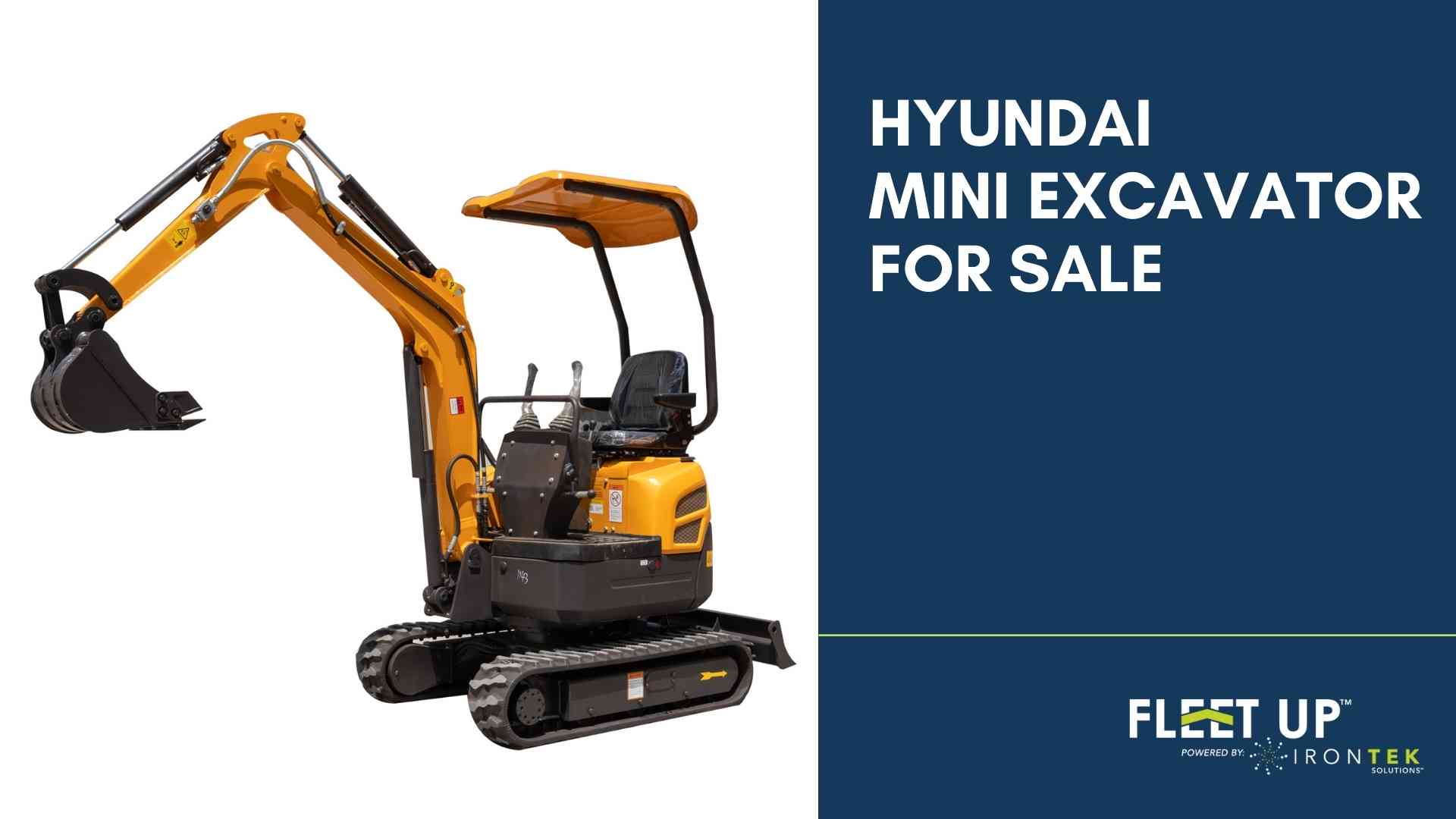 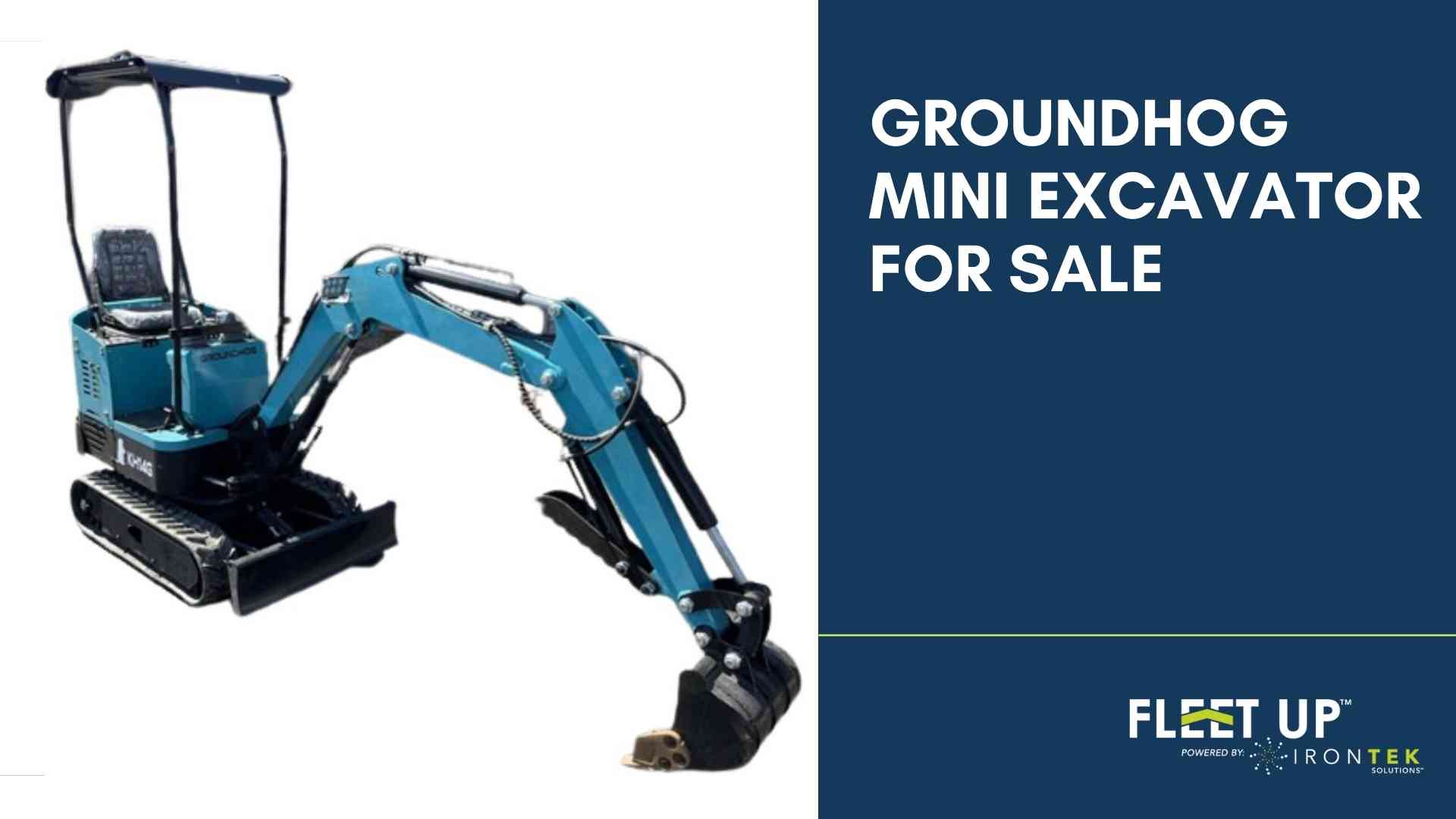 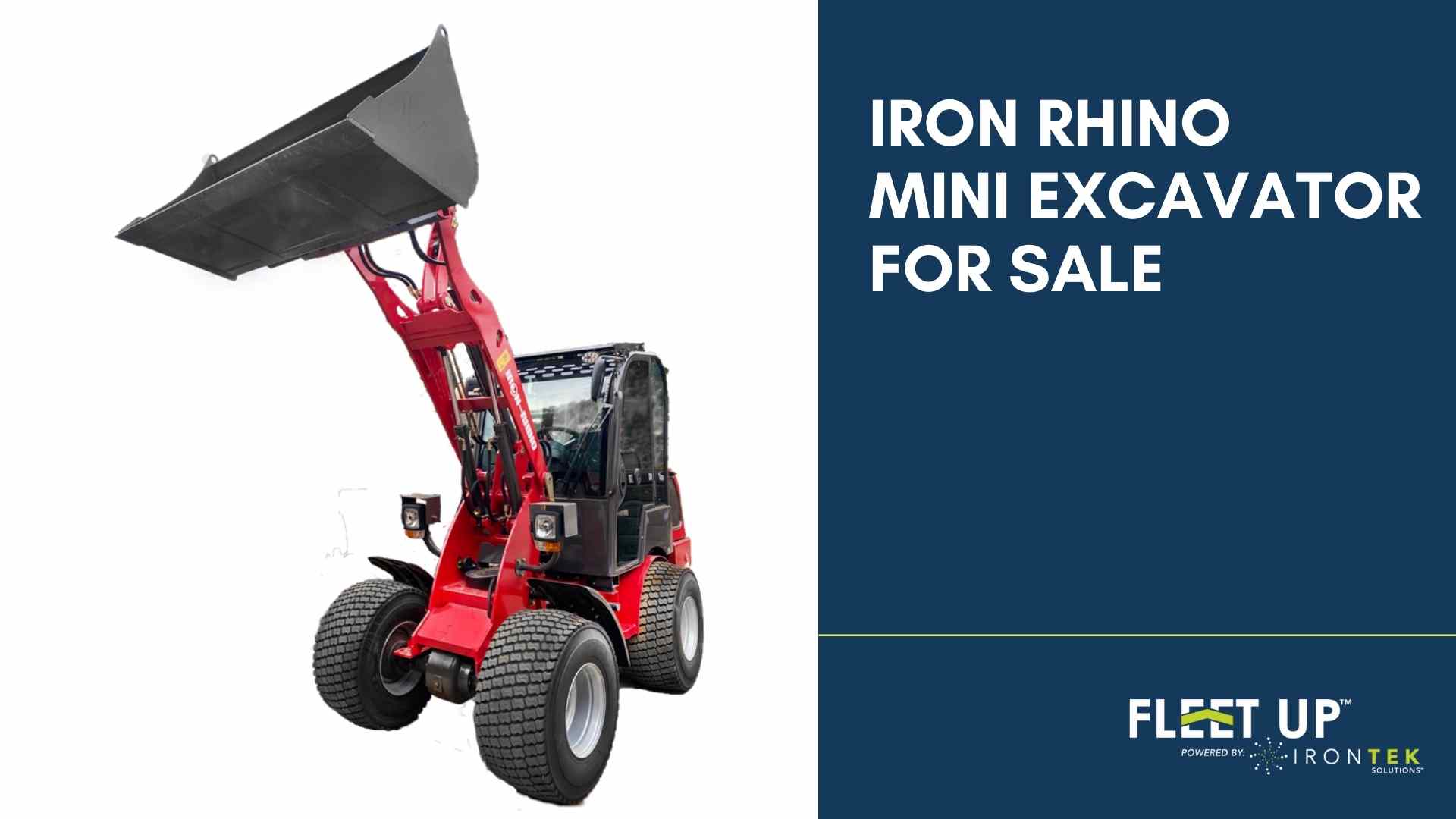 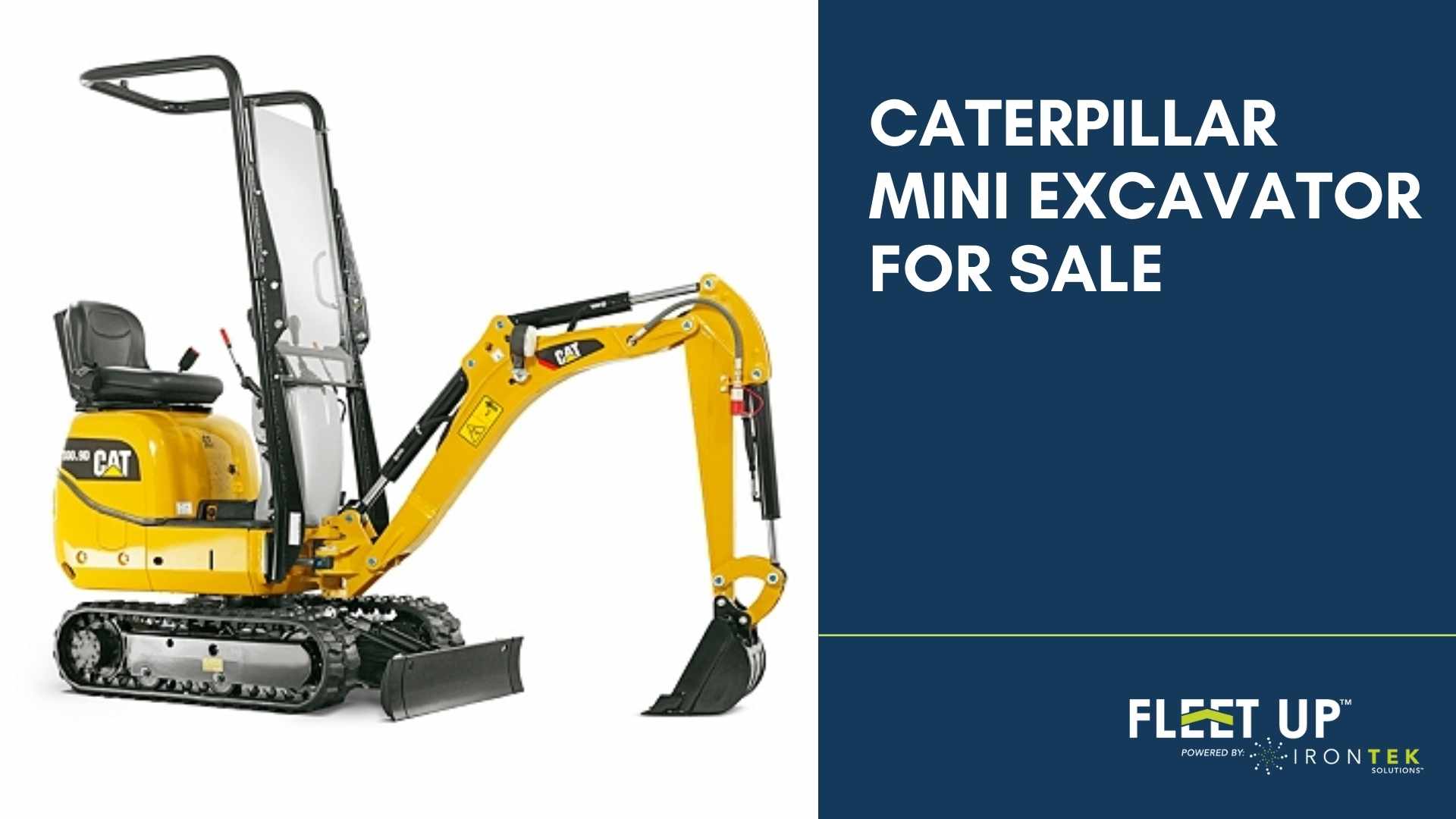 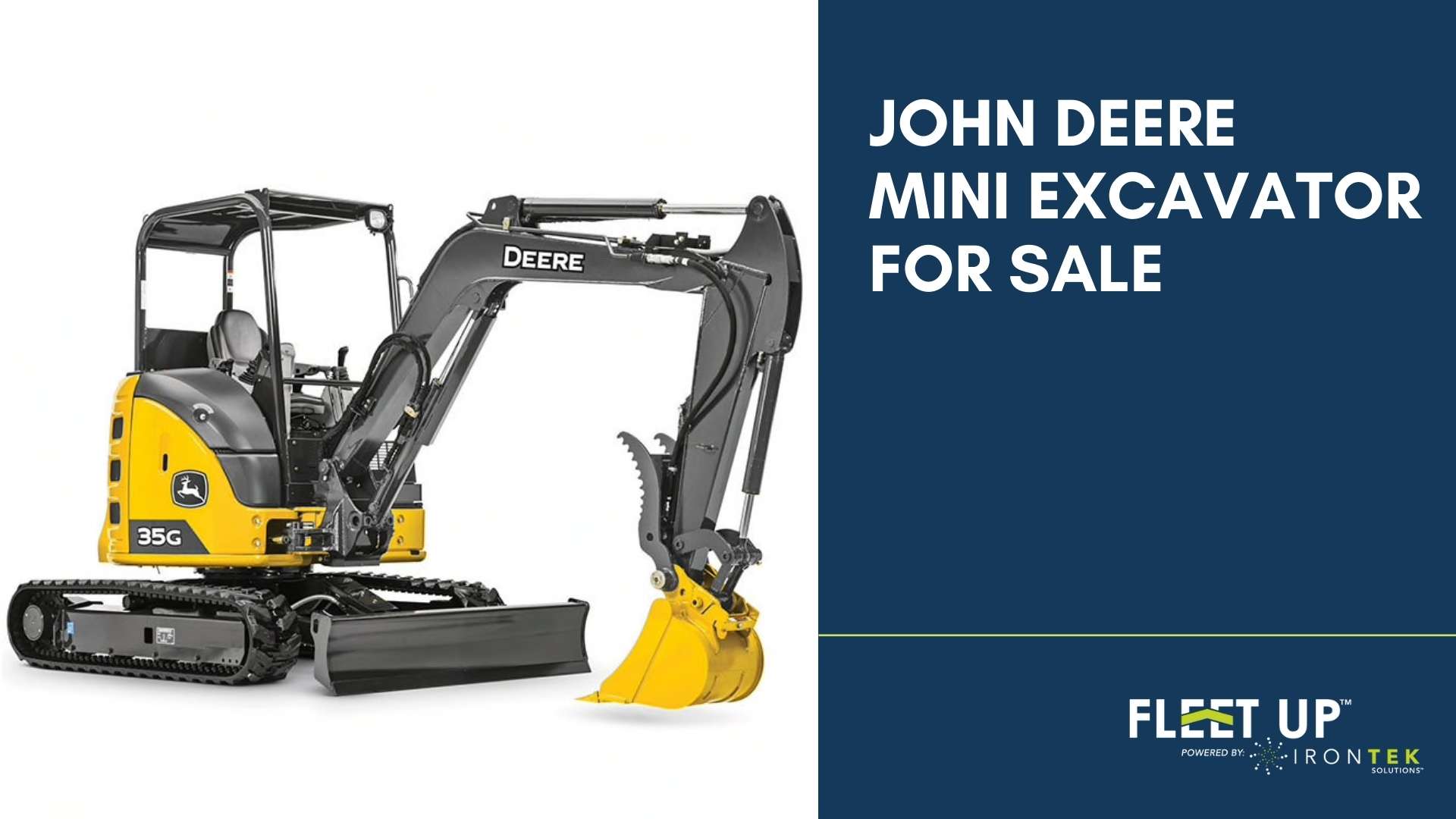