Looking for an LGMG Boom Lift for Sale? Read on to see a list models and find available units for sale near you.

What is an LGMG Boom Lift?

All boom lift companies, LGMG included, make vehicles that raise workers to heights that are too high, awkward, impractical, or dangerous to access with a ladder, scaffolding, or scissor lift. Boom lifts do this by the use of a hydraulic arm with a cabin on the end extending from the center of the machine upward to the work area. You’ve probably heard the name “cherry picker” used to describe the articulating boom lifts that lineworkers use to maintain electric power poles and cables. They also go by the informal name “bucket truck” and the formal name AWP (aerial work platform), an umbrella term that includes scissor lifts as well.

Boom lifts are near-essential for jobs like window installation, power line maintenance, multi-level construction, tree-trimming, and cleaning tall buildings. They can perform tasks like this in all sorts of environments and are often equipped with high-traction tires.

The biggest safety hazards with boom lifts are high winds and extending the boom arm outside its weight and angle capacity. The places a boom lift can reach depend on the weight of its load and the angle that the arm is extended: if the arm moves too far away from the boom’s center of weight, it’ll cause the vehicle to fall over or lose stability. Wind can also intensify this problem and lower the boom’s operational range.

What Boom Lifts Does LGMG Make?

Below you’ll find each boom lift made by LGMG and their relevant specs. “Restricted/unrestricted” refers to the maximum reach when at weight capacity and when at no capacity respectively. 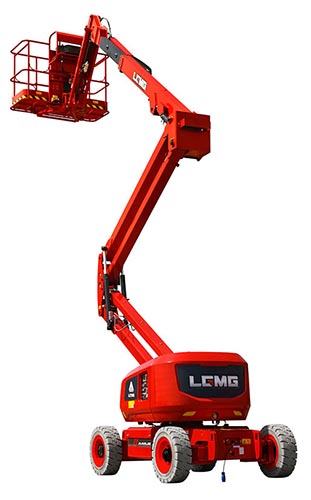 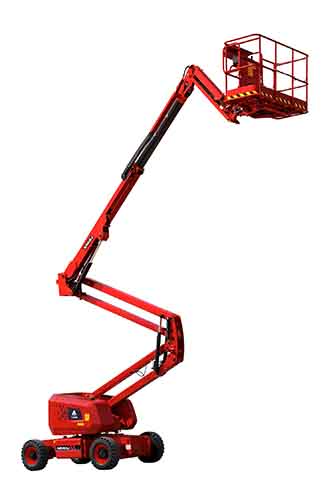 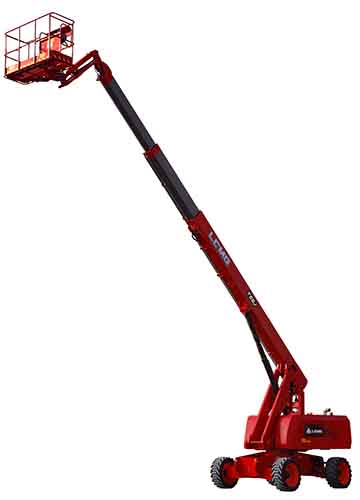 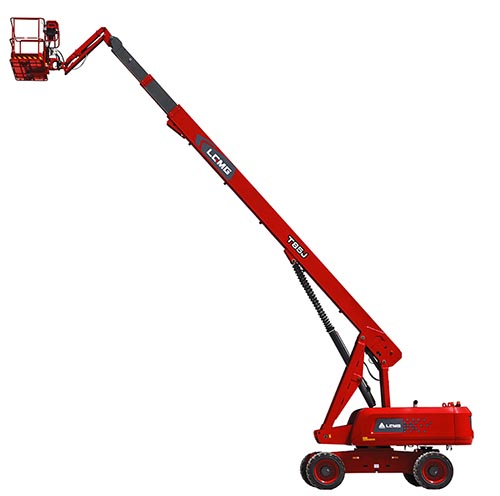 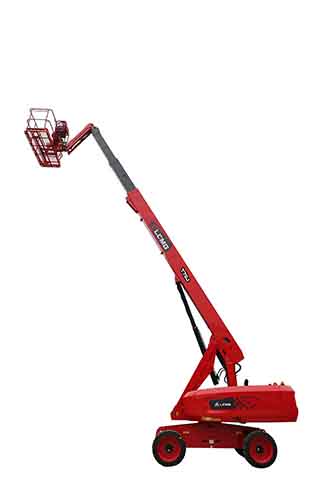 What is the Life Expectancy of an LGMG Boom Lift?

Generally, a boom lift can last up to 30 years with proper maintenance. Some lifts are equipped with an hour meter that logs the total number of hours that a machine has been engaged, much like a car’s odometer.

The total stress that the lift’s hydraulic system has seen is the real measure of the lift’s age. Booms might not see a constant, steady regimen of use that slowly wears them away like a car does. Instead, they might see a short burst of use lasting a few years coupled with neglect that permanently puts them out of business. That’s why it’s important to check the machine’s actual condition, not simply the number of years it’s been in service.

This means that older booms may well be in better condition than newer ones that have seen lots of use. But older booms have an independent drawback—they have a tendency to use parts that are out of circulation and hard to replace or repair.

How High Can LGMG Lifts Reach?

The LGMG T72J has the highest operational range of any LGMG lift at 72 feet. Other LGMG lifts can accommodate any range lower than that figure, and boom lifts often balance the priority of weight capacity with operational length according to the kind of task they’re designed for.

How Much is an LGMG?

LGMG boom lifts are manufactured in China and exported to the USA. LGMG stands for LingGong Group Jinan, and the company was founded in 1972 in Jinan, Shandong province. LGMG hasn’t been a competitor in the American market for long, but they’ve recently started to break in, acquiring a facility in Chambersburg, PA in 2019.

Click here to see available boom lifts for sale near you.