If you’re interested in an all-around impressive machine that will allow you to reach super high places for any kind of aerial construction, maintenance, or cleaning, you’ll want to check out a Snorkel boom lift for sale. Snorkel makes a wide range of machines for every aerial task, and below, we’ll cover all the info and specs you need to make the right choice of Snorkel boom lift for sale.

What is a Snorkel Boom Lift?

A Snorkel boom lift, like any other boom lift, is a machine that allows aerial workers to access their worksite. Some areas aren’t safe or are impractical to access with a scaffold, ladder, or even a scissor lift (another aerial work platform, or AWP for short), so the boom lift with its long hydraulic arm was invented. Boom lifts come in handy for jobs like tree trimming, electric utility line work, cleaning buildings, and multi-level construction. They can’t carry as much weight or as many people as other AWPs—they’re called “bucket trucks” because they have a small, bucket-like platform—but they have superior mobility and versatility.

There are two flavors of boom lift: articulating and telescoping. One has a bending arm that unfolds from the truck’s body, giving superior mobility and adjustability, and one has a straight, telescoping arm that allows for impressive height. They’re suited for different jobs. Articulating boom lifts are more often used for linework and arboreal upkeep because the platform can be moved around more easily and at different angles, and telescoping boom lifts are best for high-up work that’s mostly focused on a single area.

Boom lift operators have to remember that the arm can’t always safely extend to its full length. When it’s loaded up, the arm can make the lift tip over if fully extended, as it gains more leverage the farther from the cabin it goes. High winds are also a factor for consideration, and they can cause an accident if the operator doesn’t account for them.

What Boom Lifts Does Snorkel Make?

This comprehensive list tells you everything you need to know about telescopic and articulating Snorkel boom lifts. 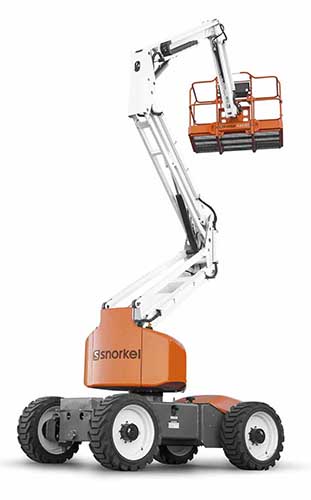 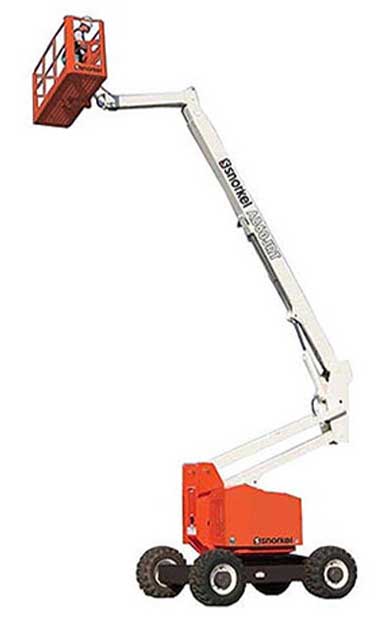 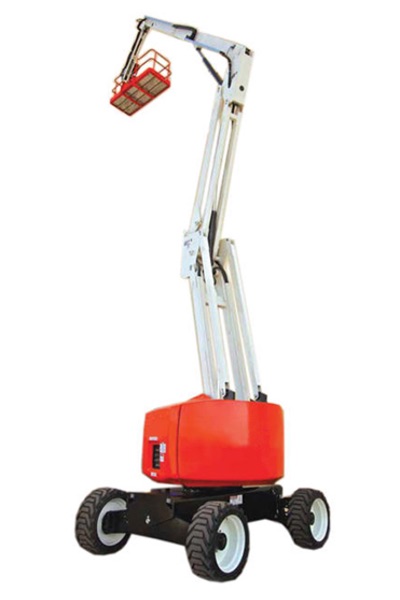 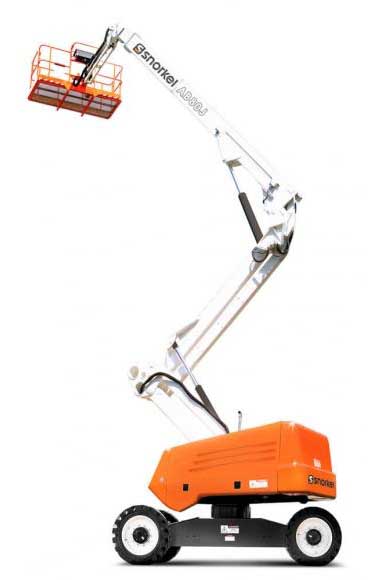 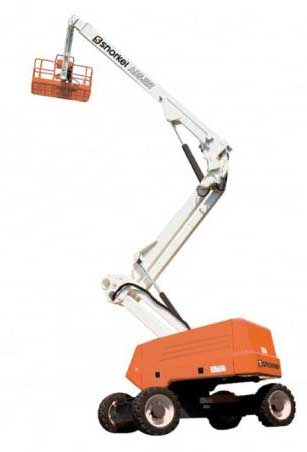 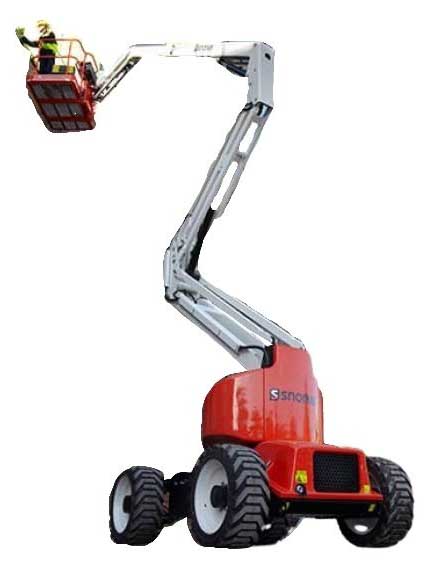 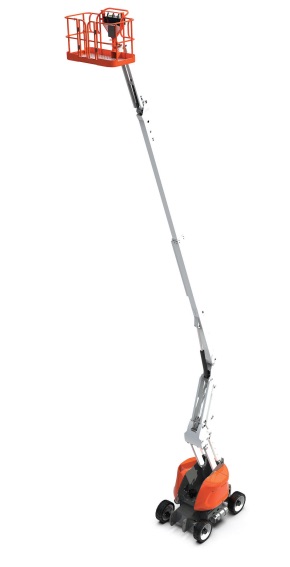 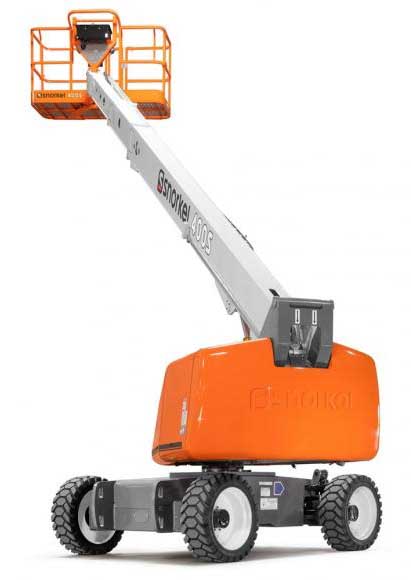 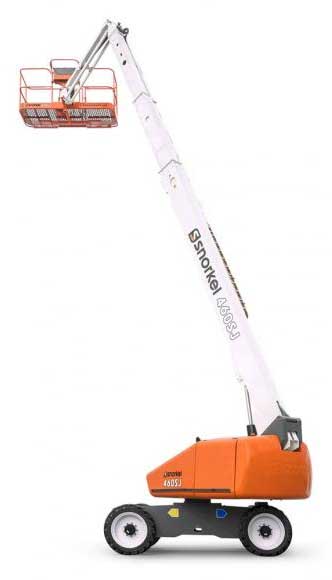 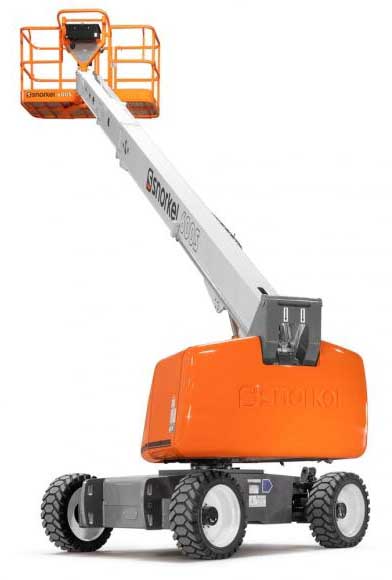 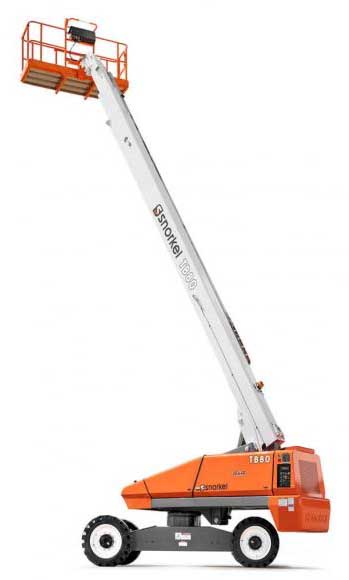 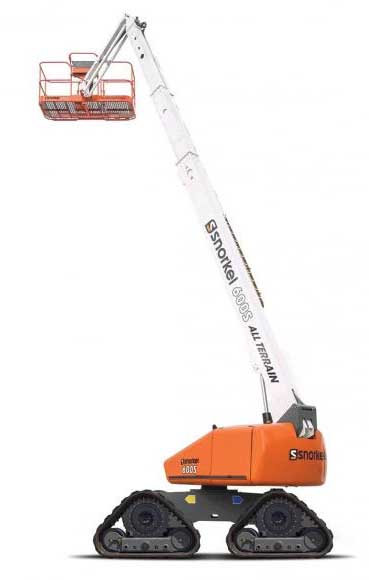 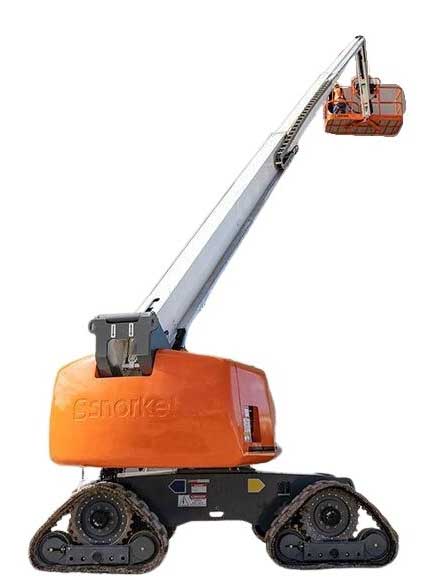 What Does a Snorkel Boom Lift Cost?

How High Does a Snorkel Boom Lift Go?

What is the Life Expectancy of a Snorkel Boom Lift?

Any boom lift, as a general rule, has a life expectancy of 30 years. Boom lifts may be equipped with an hour meter, which, like an odometer, keeps tabs on the total amount of time the machine has been in operation.

Don’t let the car metaphor fool you: boom lifts don’t age like cars do. A few years of intense use without proper care can completely kill a boom lift, but if you treat them right and don’t subject the hydraulic system to heavy, constant use, they’ll last decades. Boom lifts aren’t used on the same sort of constant basis that cars are. They age depending on the tasks they do and what kind of weight and extension is involved, not by how many years old they are. So, you should try to check the machine’s actual condition when buying a used lift instead of judging by the number of years it has been in use.

With that said, boom lifts do go out of date parts-wise. It can be difficult to repair a 20-year-old piece of equipment because it requires rarer, older repair parts.

Where are Snorkel Boom Lifts Manufactured?

Snorkel manufactures its machines in several internationally located factories. There are two manufacturing plants in the USA with one in Henderson, Nevada and one in St. Joseph, Missouri. There’s one in the United Kingdom in Washington, Tyne & Wear, one in Levin, New Zealand, and one in Jintan, Jiangsu Province, China. It’s truly a global company, but the company is also committed to servicing its vehicles in every country it manufactures them in, acting as part of the local market.

The company was founded in the 1970s in the USA by Art Moore, who also designed the initial boom lifts that the company manufactured and expanded the company throughout the globe. Snorkel was a pioneering company in the aerial lift business as well as firefighting and rescue, and Art Moore wrote a memoir about his traveling and the creation of Snorkel.

Are you looking for a Snorkel Boom Lift? Click here to see units for sale. 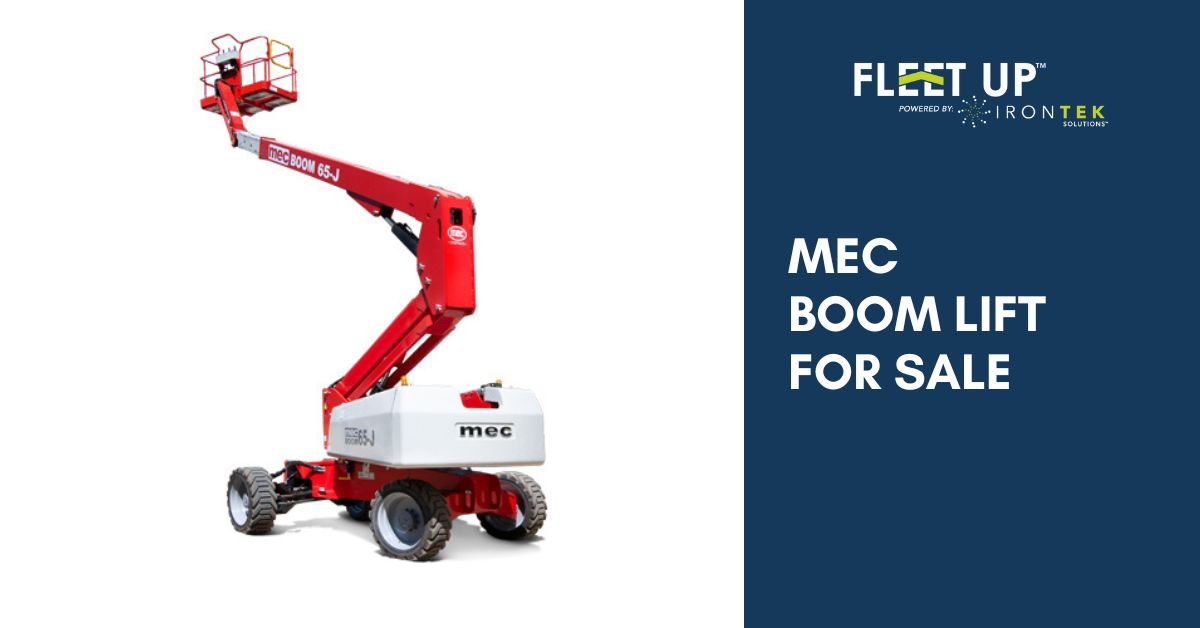 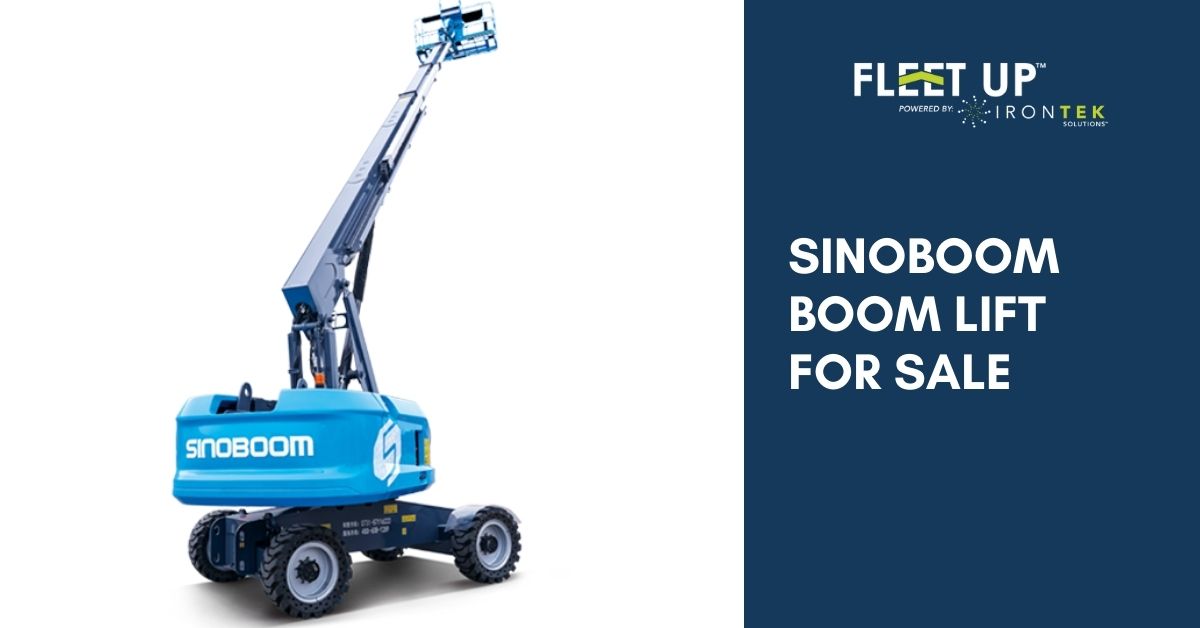 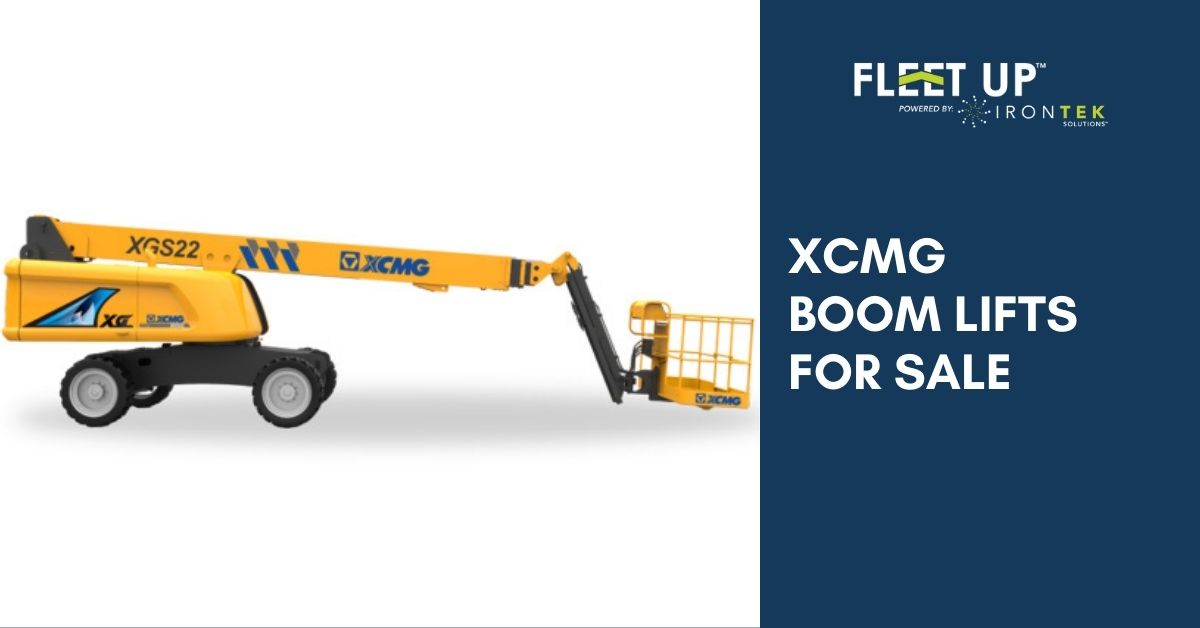 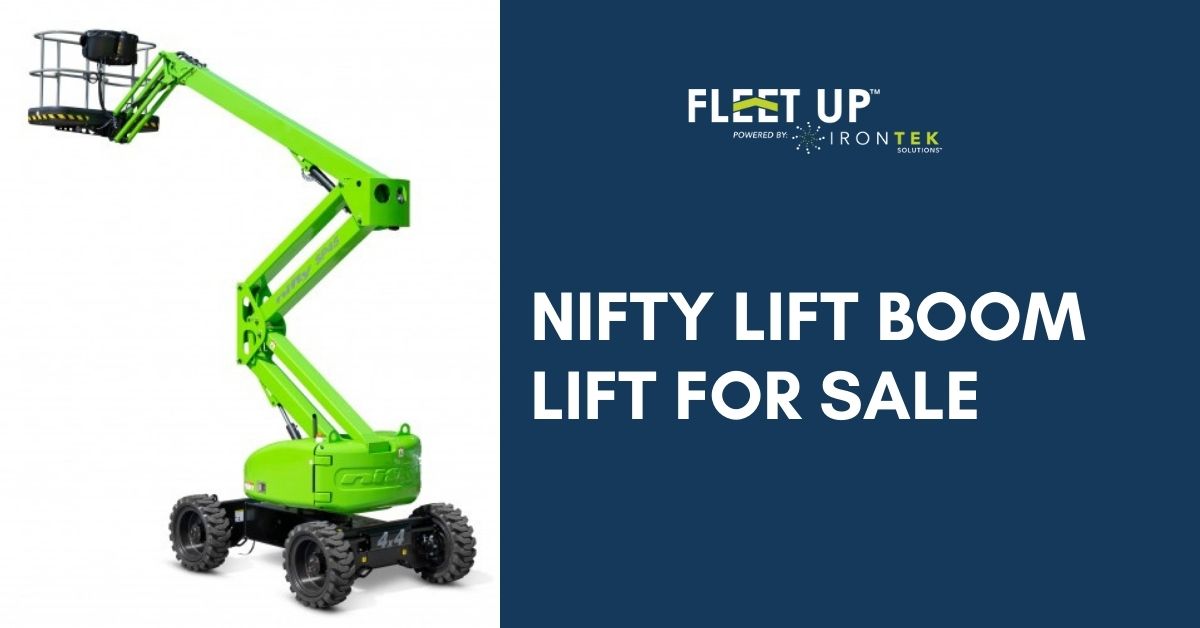 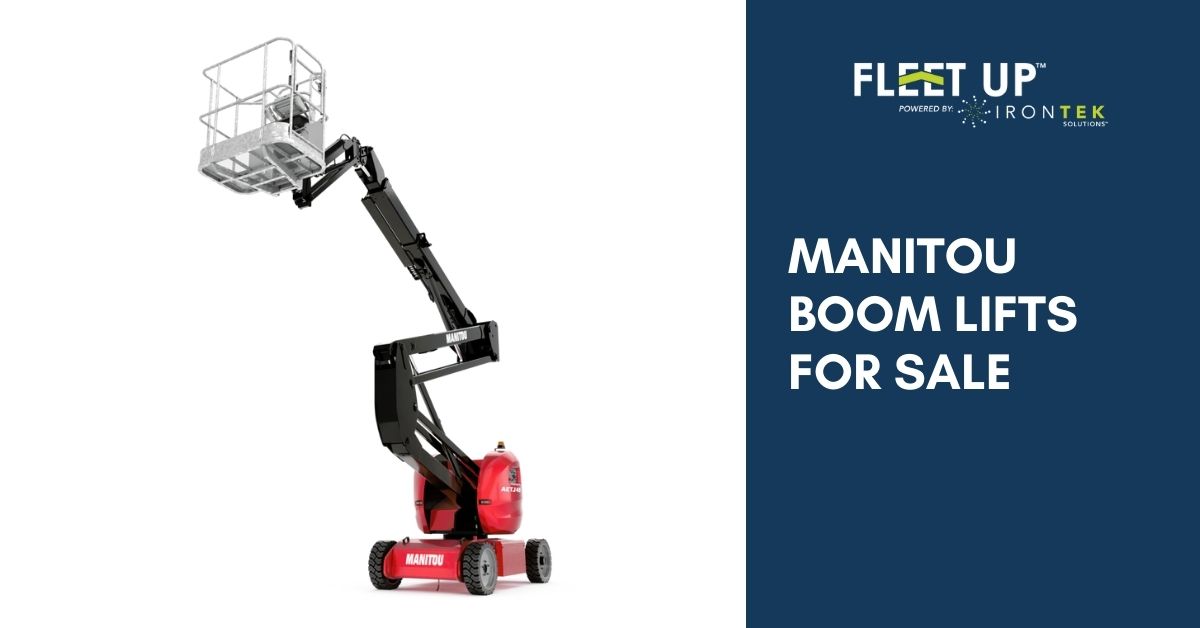