If you are considering buying a Sunward skid steer for your worksite, you might find yourself overwhelmed by the choices! This company is one of the biggest manufacturers of construction machinery in the world, and their sheer variety reflects that. While you won’t find every type of skid steer actively being manufactured, each of these is still widely used, so don’t be surprised if you find a discontinued model being sold secondhand. Sunward skid steers hold up well, so they are often resold. If you’re considering your options, we have everything you need to know about finding the right Sunward skid steer for sale.

What is a Sunward Skid Steer?

Sunward is one of the most prominent and well-known construction manufacturing companies in the world. Since 1999, it has produced machinery for worksites of all kinds, all over the world, leading in many of today’s innovative technologies. The company has been named on the list of Top 50 Global Construction Machinery Manufacturers.

Sunward skid steers vary in whether they have four wheels or two tracks depending on the model. Front and back axles are integrated to synchronize movements automatically. Nonetheless, operators have the ability to maneuver each side’s wheels independently of each other. Wheels remain in a straight, fixed alignment throughout the operation. Sunward skid steers are turned by increasing speed on one side to cause the wheels to skid across the ground during rotation. This is where the common nickname for the machine arose.

What Skid Steers Does Sunward Make? 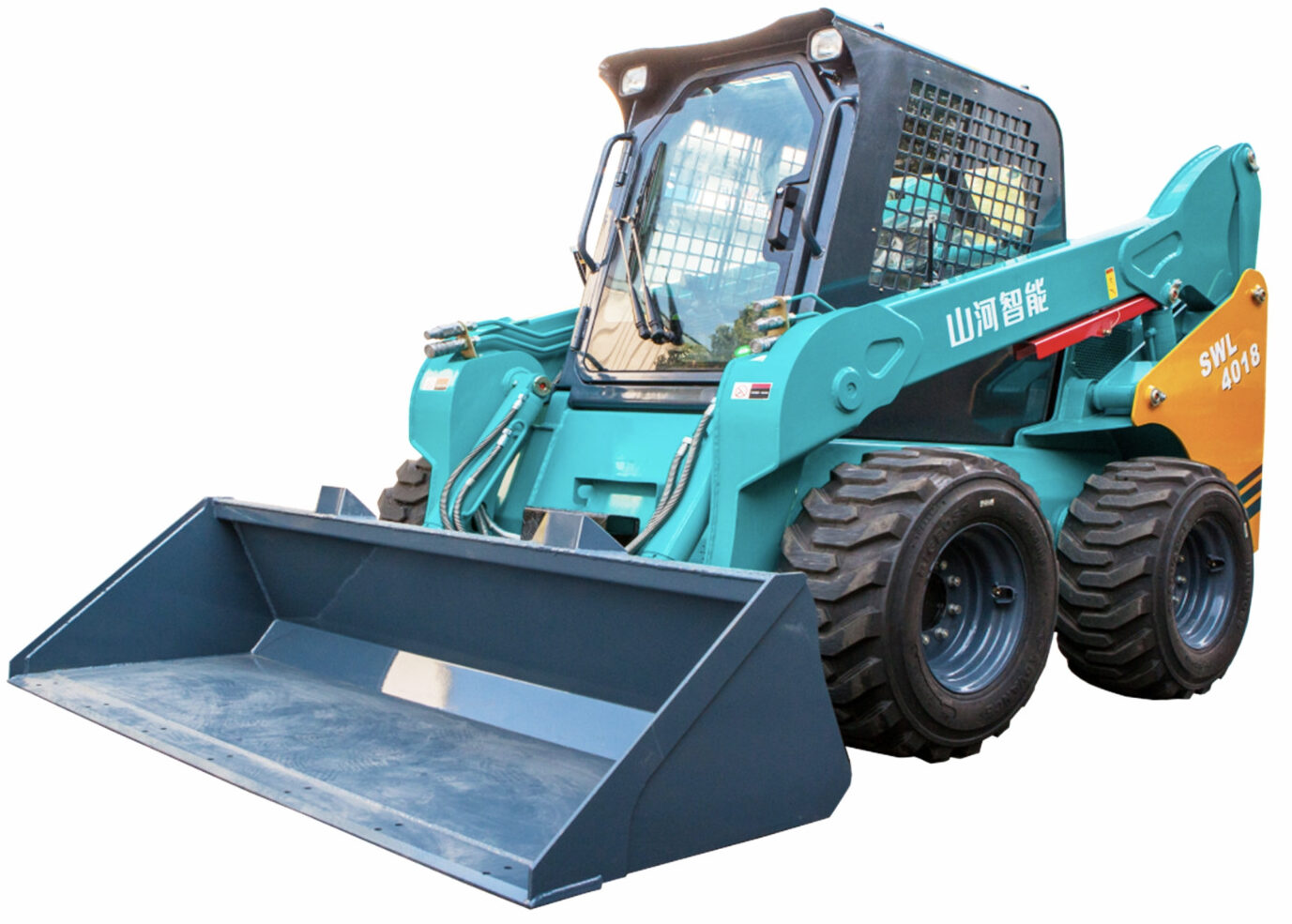 The SWL 4018 is a mini loader featuring a Kyb hydraulic cylinder and a two-year warranty. This wheel loader model has a high-power Isuzu engine and telescopic handlers. With a 0.4 mm bucket capacity and a 1600mm weight, the SWL 4018 is compact but tough enough to deal with the toughest tasks. 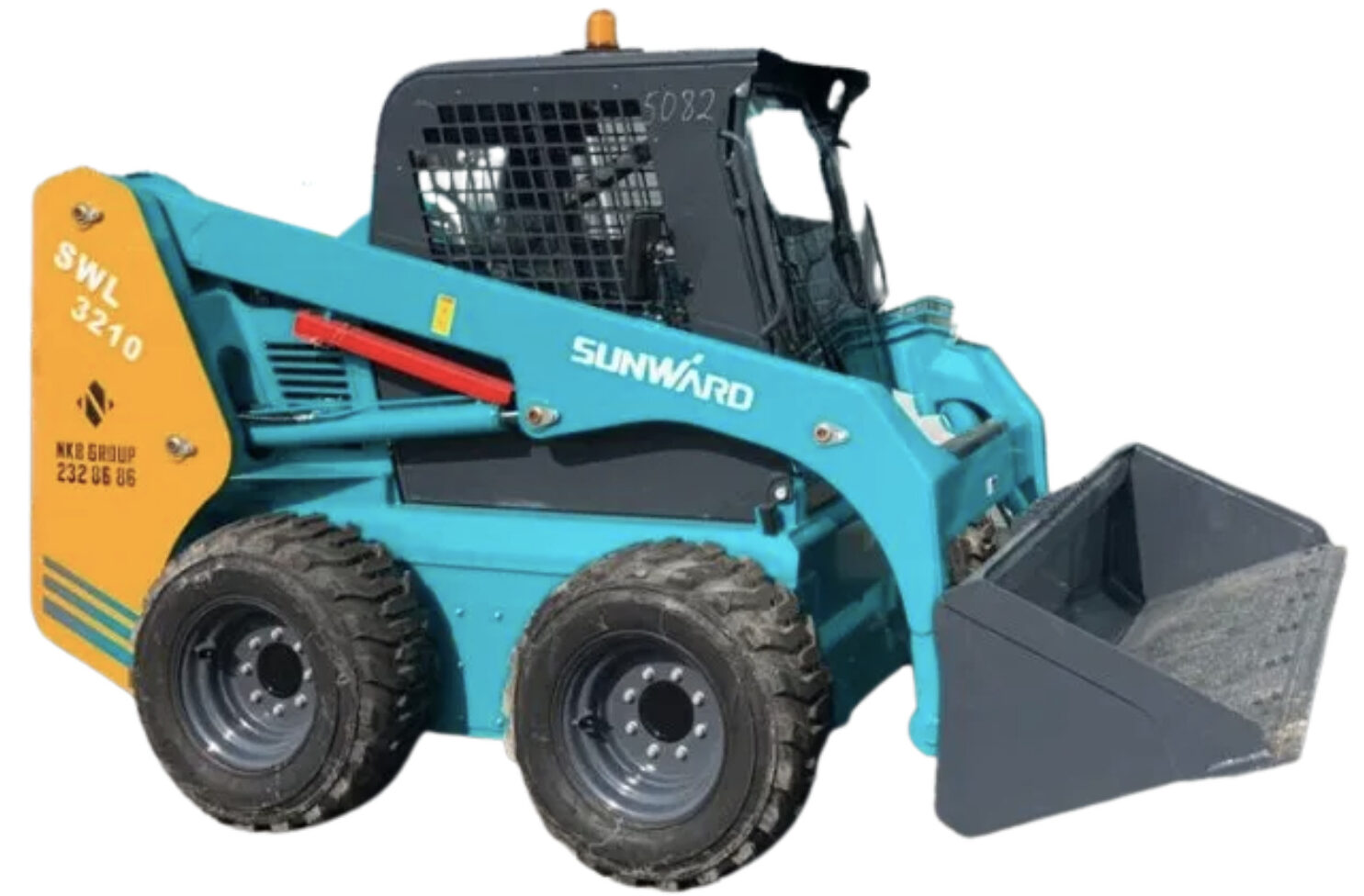 The SWL 3210 is a four-wheel skid steer with a 1.88m bucket with 0.53 cubic meter capacity. A powerful Kubota engine delivers a 1,001 kg operating capacity. This model offers a standard shovel with teeth and a ROPS cabin. 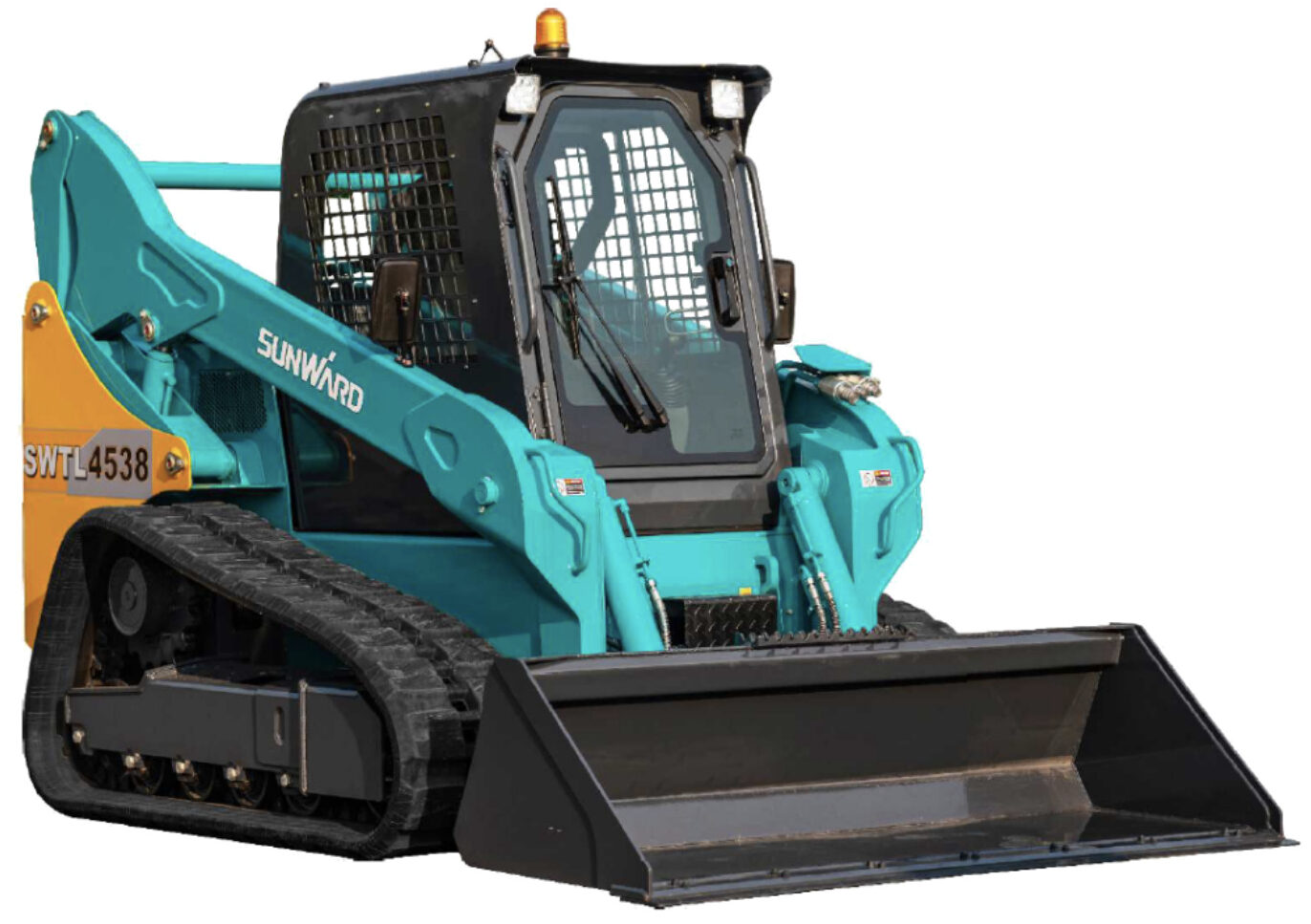 The SWTL 4538 is a track skid steer offering auxiliary hydraulics, hydraulic high flow, and a 2,646 lb carrying capacity. This model runs on a powerful diesel Kubota engine and provides an enclosed cab with heat. A two-year, 2,000-hour warranty offers serious protection for this 7,570-tip load-worthy machine. 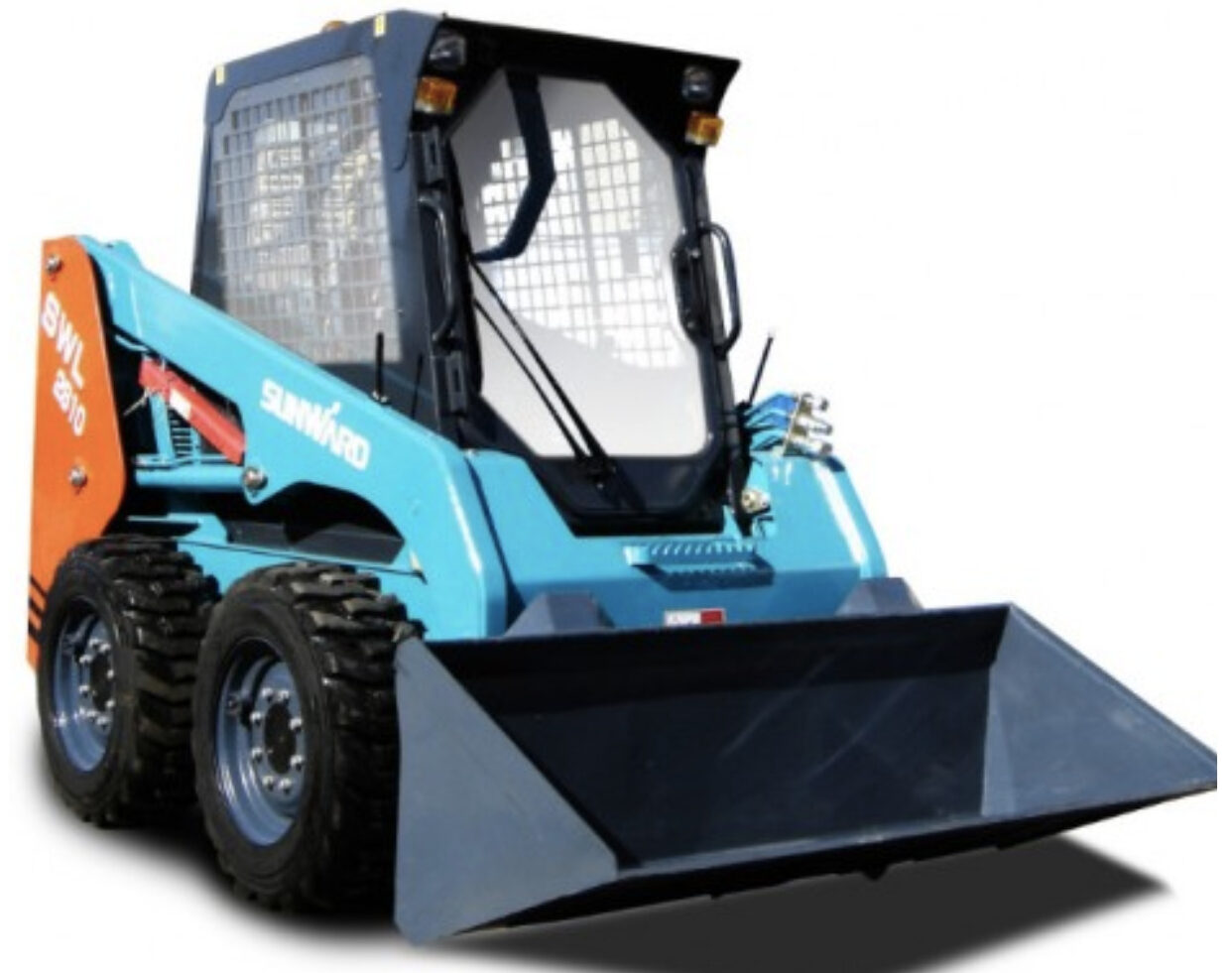 The SWL 2810 is a 2.78-ton four-wheel skid steer with a 1.6m wide bucket and a serious Yanmar engine. 1800rpm torque and 751kg rated operating capacity make this an ideal model for jobs that need power in small spaces as well as lighter jobs without the need for a more massive machine. 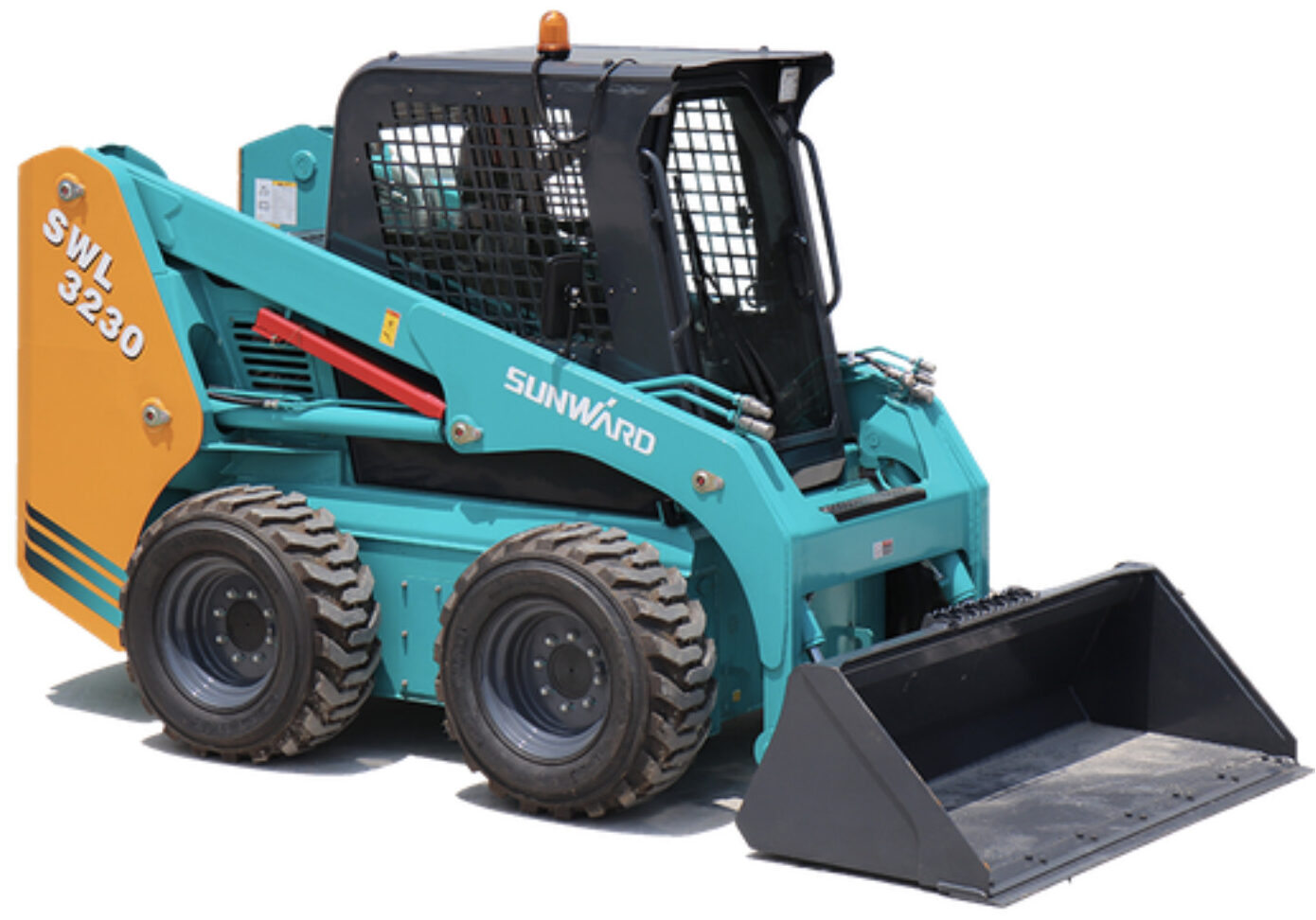 The SWL 3230 offers reliable performance and speed with a surprising amount of power for its size. This model’s 74 horsepower engine can easily handle 8,000 lbs to help you finish in record time. There’s very little that the SWL 3230 can’t handle on the job thanks to its Kubota engine and KYB hydraulics. 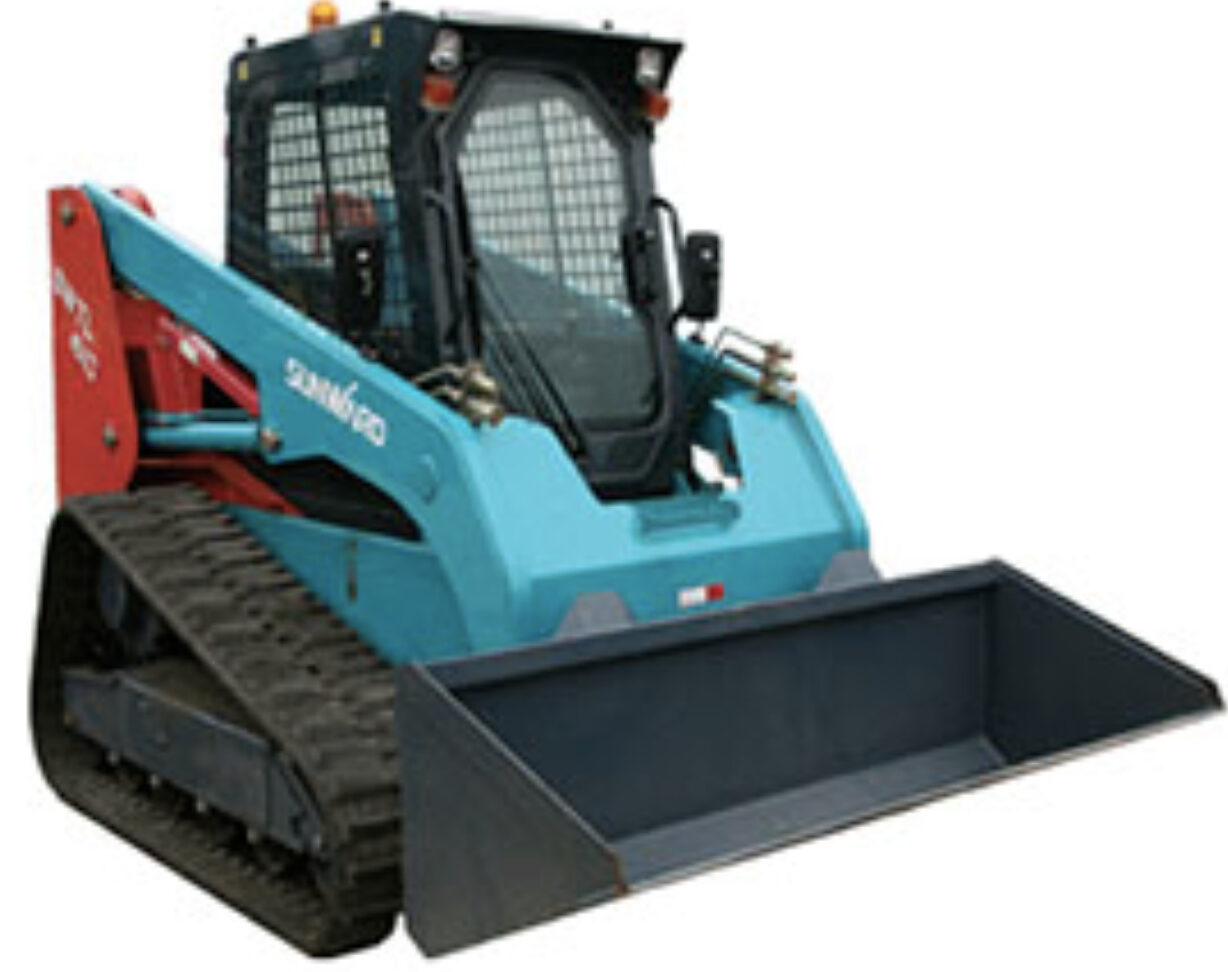 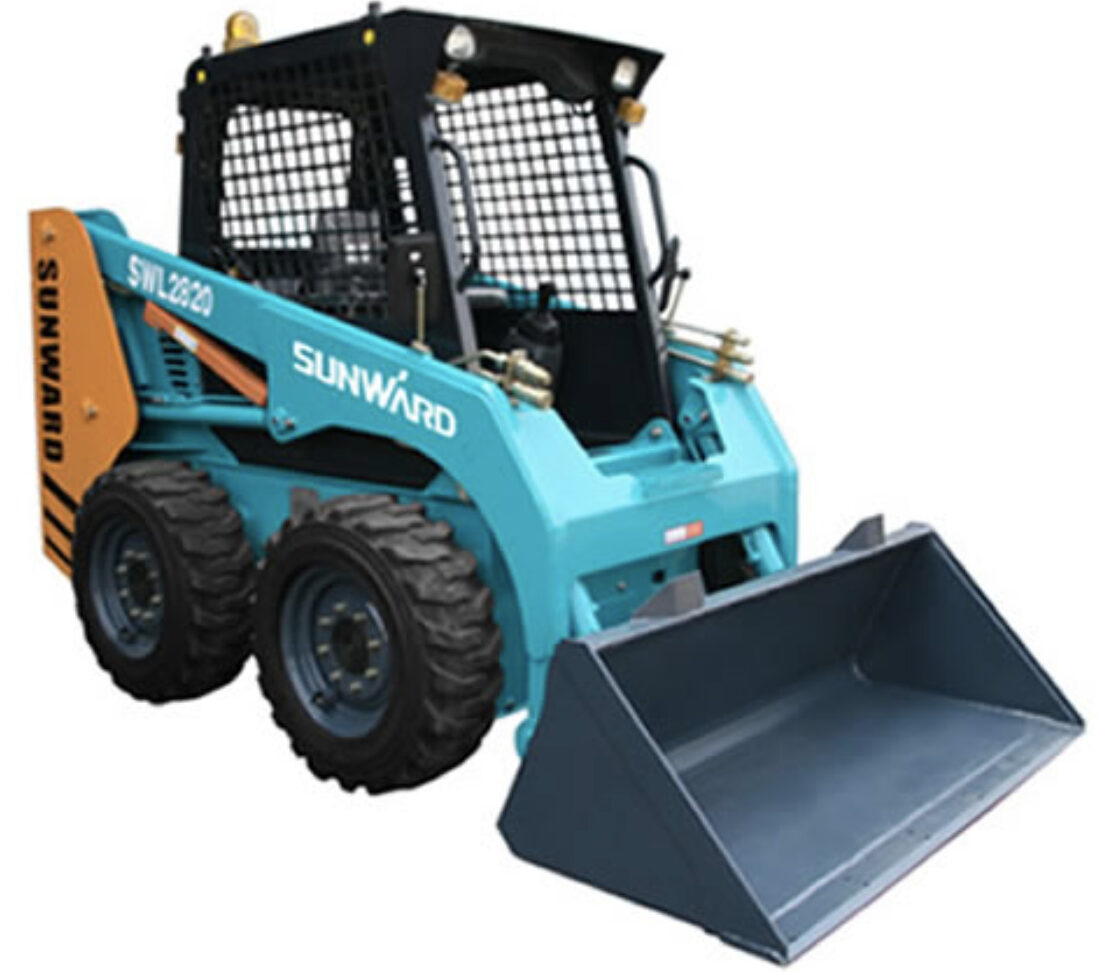 The SWL 2820 is a four-wheel skid loader that is part of the new generation of compact multifunctional construction equipment. This machine brings together the industry’s best in electronics, hydraulics, and integrated mechanics. A powerful Kubota engine provides 56 horsepower at 2,600rpm. 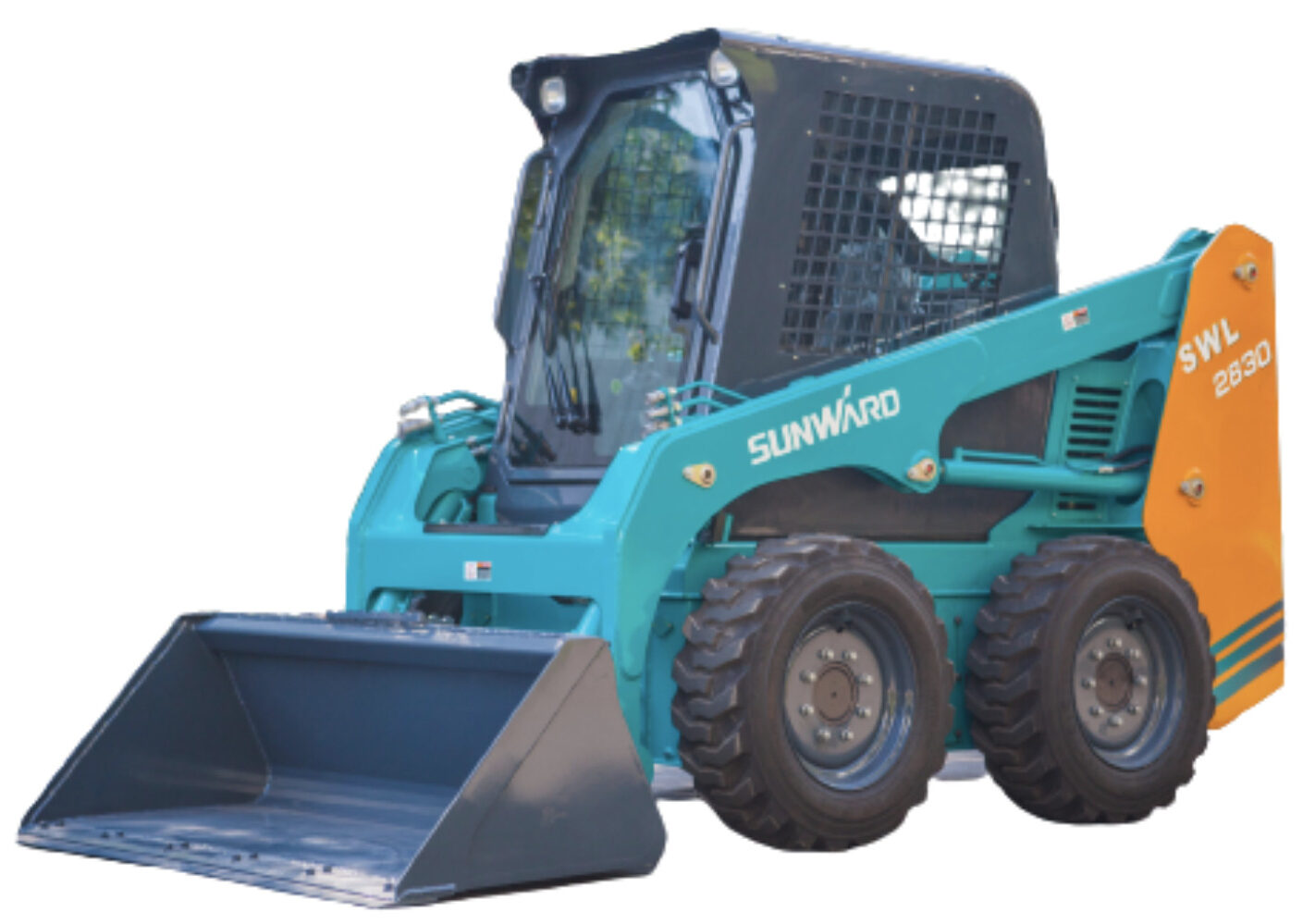 The SWL 2830 offers a four-wheel skid steer with a 1.6m wide bucket and 3.32m transport length. This four-cylinder model has 198.5Nm max torque and 1,900 rpm. Its 2.01m transport height and 2.32m max discharge height make it an ideal model for tight spaces and jobs that don’t need more extensive reach. 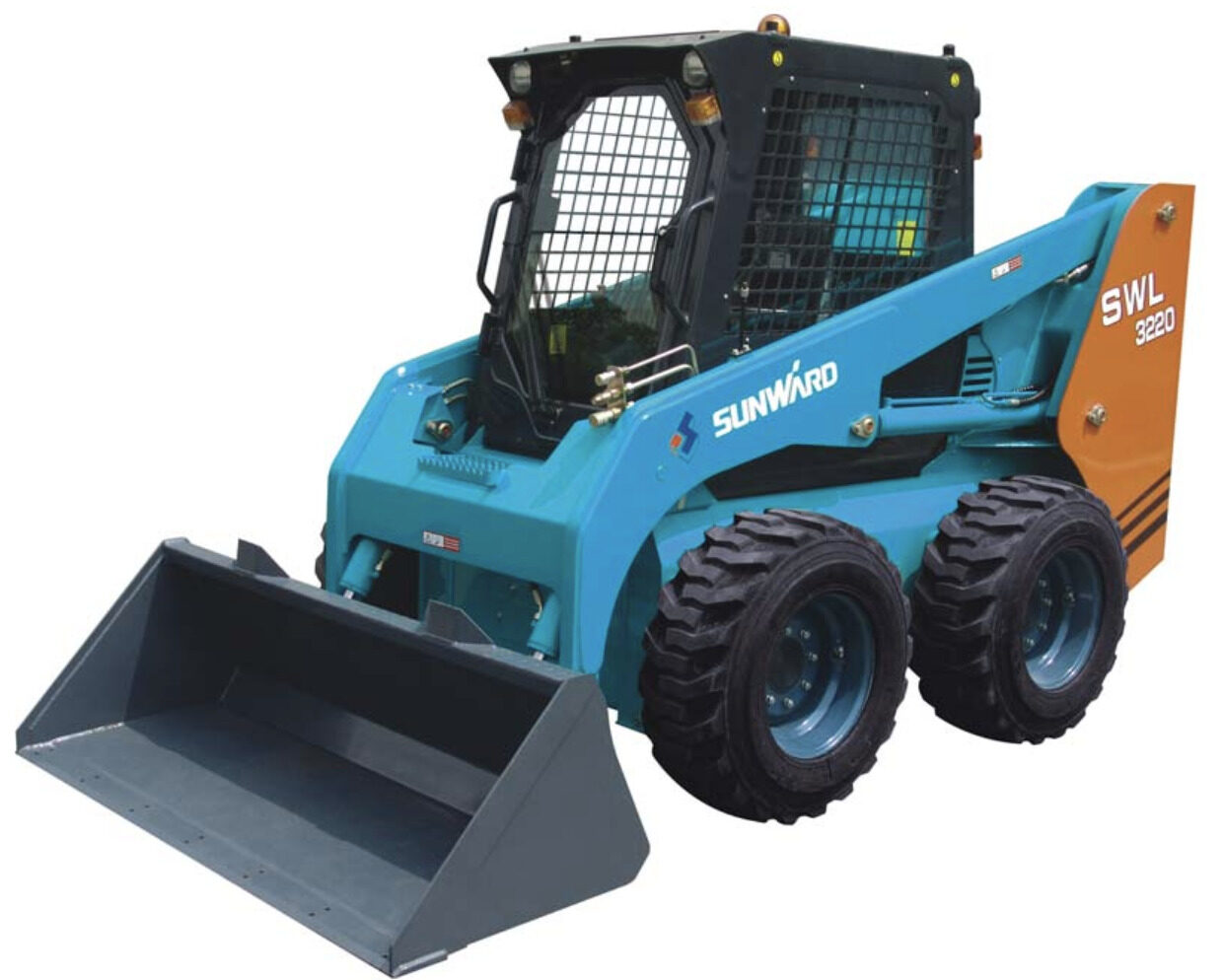 Part of the new generation of compact skid steers with high multifunctional performance, the SWL 3220 offers some of the best in integrated mechanics, hydraulics, and electronics. Its flexible movement and ease of operation make it ideal for any worksite. This model is especially useful in urban settings, workshops, road construction, warehouses, and ship decks. 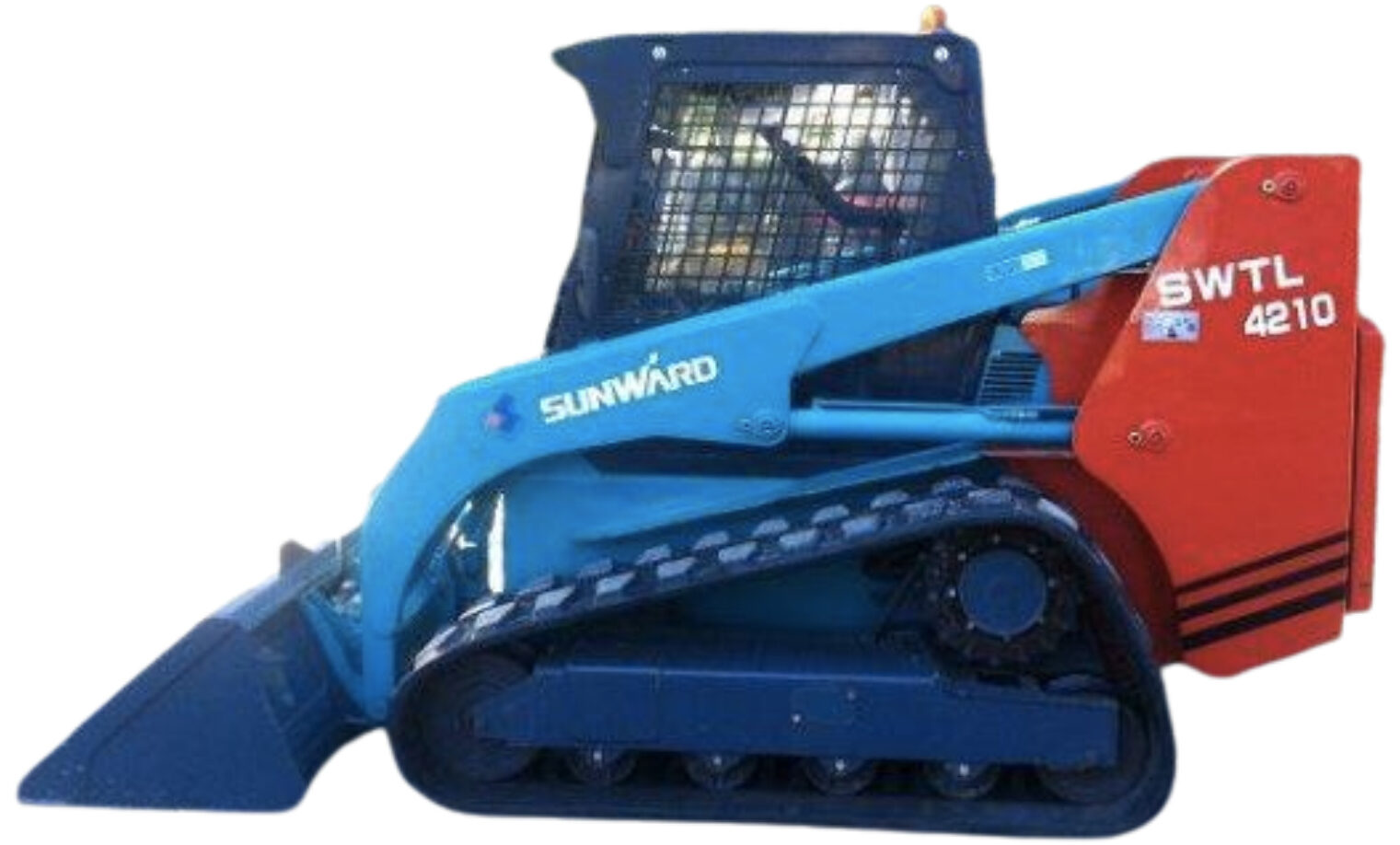 The SWTL 4210 is a tread skid steer with a powerful Kubota engine delivering 1,400rpm, a 2.01m wide bucket with 0.63 cubic meters capacity, and a 2.95m max discharge height. This model has a ROPS heated cab and the bucket offers 3.64m of transport length. 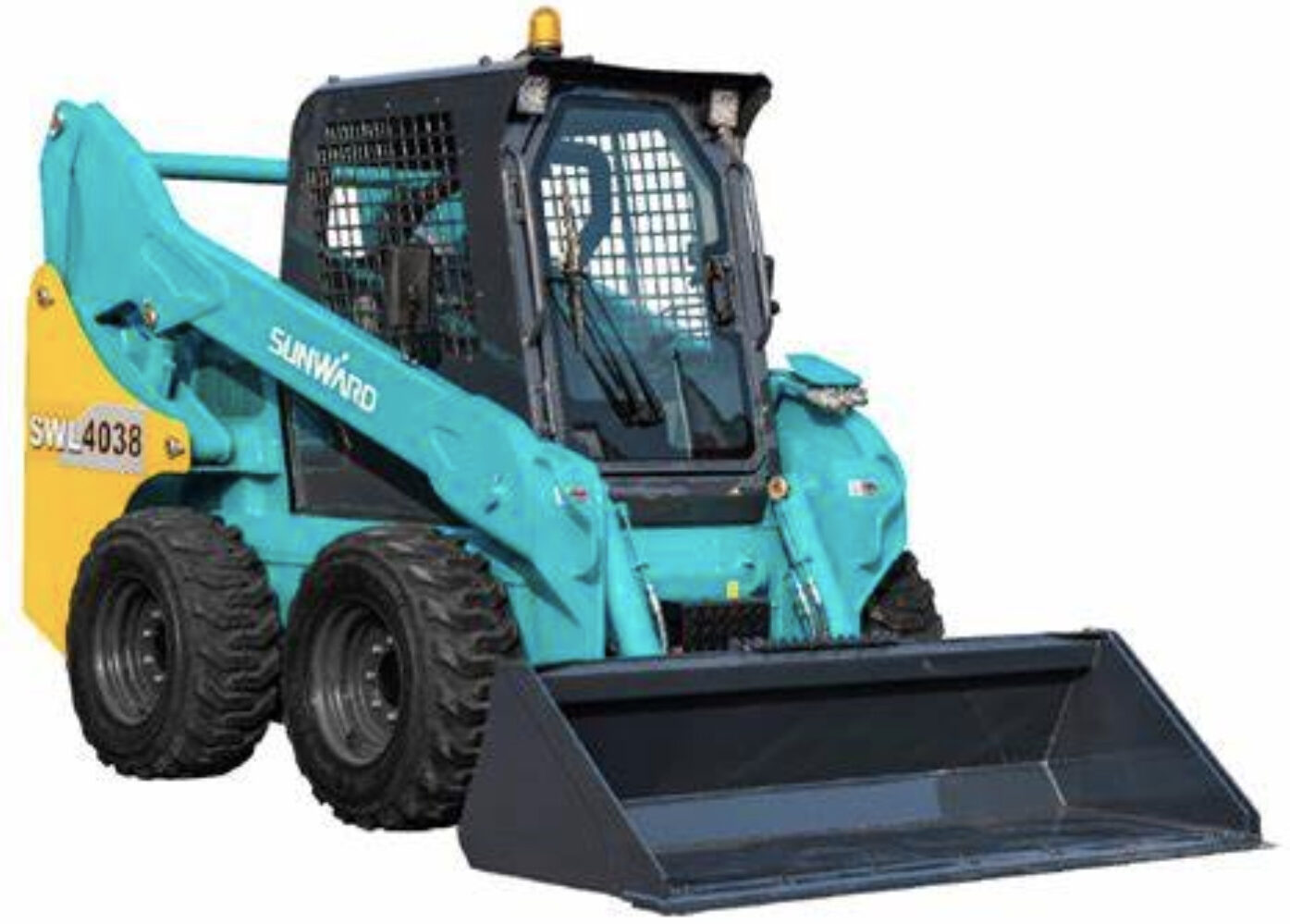 The SWL 4038 is a four-wheel skid steer powered by a four-cylinder Kubota engine delivering 1500rpm and a max torque of 265Nm. A max speed of 11.81mph makes this a quick machine around the worksite. This model is a blend of strength and scale, and its 2.07m transport height and 3.75m length let it work well in tight, awkward spaces.

Are Sunward Skid Steers Any Good?

Sunward skid steers are considered solid and reliable pieces of equipment. Though they don’t rate as highly as some other brands, they have good basic controls and a convenient setup that makes it easy for operators to move and access the features they need. They often are more versatile than many comparable options in the industry, and while they don’t necessarily have all the bells and whistles of some models, the features they do have are excellent.

How Many Hours Does a Sunward Skid Steer Last?

The average skid steer lasts for about 5,000 hours, and the statistic holds true for Sunward models as well. While this is the official estimate, you can increase the hours of your skid steer through proper maintenance. Some people claim that it is possible to double the hours of your equipment as long as you give it the right attention.

What Engine is in a Sunward Skid Steer?

Sunward skid steers use Kubota electric engines of varying power levels. This means that the battery will need to be charged before use. They usually need to be charged about once a month. Failure to charge or maintain the battery could affect performance, which can be dangerous to the operator or other people on site.

When it comes to power, it doesn’t get much better than the Sunward SWL 3230. This intense machine has a rated operating capacity of 2,427 lbs and a breakout force of 5,472 lbs. With a 22.7-gpm standard hydraulic flow, it can load as much as 8,000 lbs in one go. The high-quality 74-HP engine is equipped with everything you need for all your heaviest jobs.

How Much Does a Sunward Skid Steer Cost?

When it comes to buying a big piece of machinery like a skid steer, the price can vary considerably not just depending on the model, but also on where you find it, what condition it is in, how heavily it has been used, and other factors. Most of the time, it makes the most sense to find a secondhand skid steer in good condition rather than buying new. You can expect to pay between $25,000 and $75,000 for a full-sized, well-maintained Sunward skid steer. Mini skid steers may be as low as $8,000 to $12,000.

Where Are Sunward Skid Steers Made?

Sunward Skid Steers and other construction equipment have been manufactured in China since the company was founded. Now, however, the corporation has expanded its manufacturing facilities to the United States. You will now find skid steers and other equipment manufactured at the North American facility (Sunward N.A., LLC) in Ogden, Utah, where it has been since 2015.

Choosing the right Sunward skid steer doesn’t have to be hard, but it can take some time to figure out which one is right for your worksite. Luckily, while comparing specs is important, you can rely on Sunward machinery to be a quality, no-frills piece of equipment that can do the basics of almost any job.