If you are looking for the right skid steer for your work site, you might have spotted the brand name, Takeuchi. This Japanese company has become known around the globe for its pioneering of compact skid steers and other machinery. In this article, we’ll break down everything you need to know about it!

What is a Takeuchi Skid Steer?

A skid steer is a piece of machinery used in construction and landscaping. These machines are used for countless tasks — often for lifting and hauling loads of supplies, but also for many other tasks, thanks to their ability to connect with other tools. These attachments make it possible for skid steers to work as augers, saws, trenchers, grapplers, and more.

Takeuchi is a Japanese manufacturer of heavy machinery. The company’s line of skid steers is unique in that they are all compact models, meaning that they are smaller than most skid steers. This makes them ideal for small or crowded work sites, as they can still maneuver easily. Despite their smaller size, Takeuchi skid steers are powerful and efficient.

What Skid Steers Does Takeuchi Make?

Takeuchi led the way in manufacturing compact skid steers and other machinery, producing its first compact equipment in 1971. Today, the company focuses exclusively on small versions of construction equipment made for tighter work sites with more vertical space.

Takeuchi’s skid steers are also compact models. Yet these smaller machines are known for their sturdiness, power, and maneuverability. The line of compact Takeuchi skid steers is proof that size and efficiency don’t necessarily go hand-in-hand. 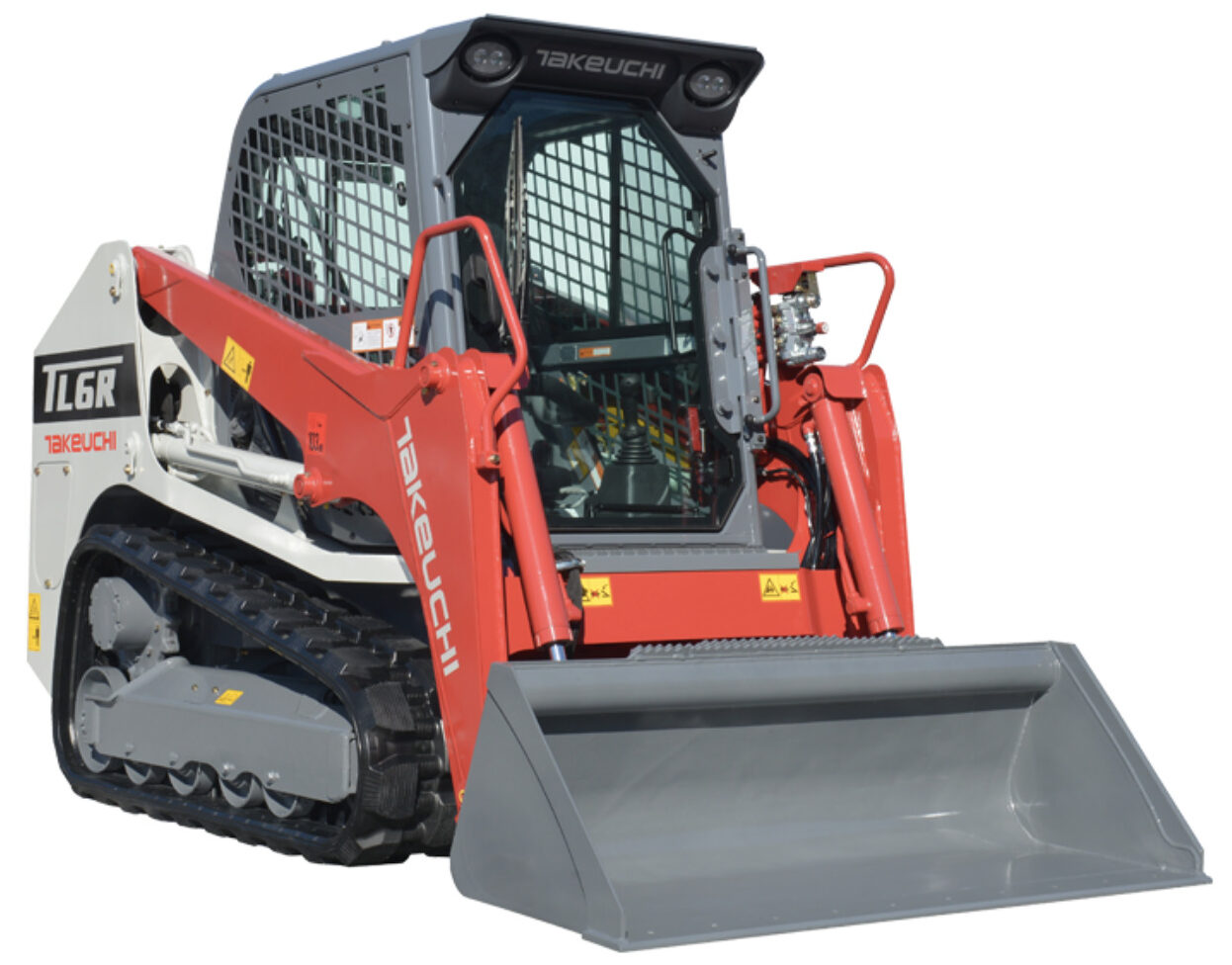 Takeuchi’s TL6R skid steer model is an excellent choice for worksites with limited vertical and horizontal space. It has a reach of six and a half feet and includes an updated cabin design that gives the controller easy access to all the internal controls. With a rated operating capacity of 1,841 lbs and an operating weight of 7,780 lbs, this skid steer can handle some heavy work. Its quiet track design helps lower noise levels and vibrations for smoother, more comfortable operation. 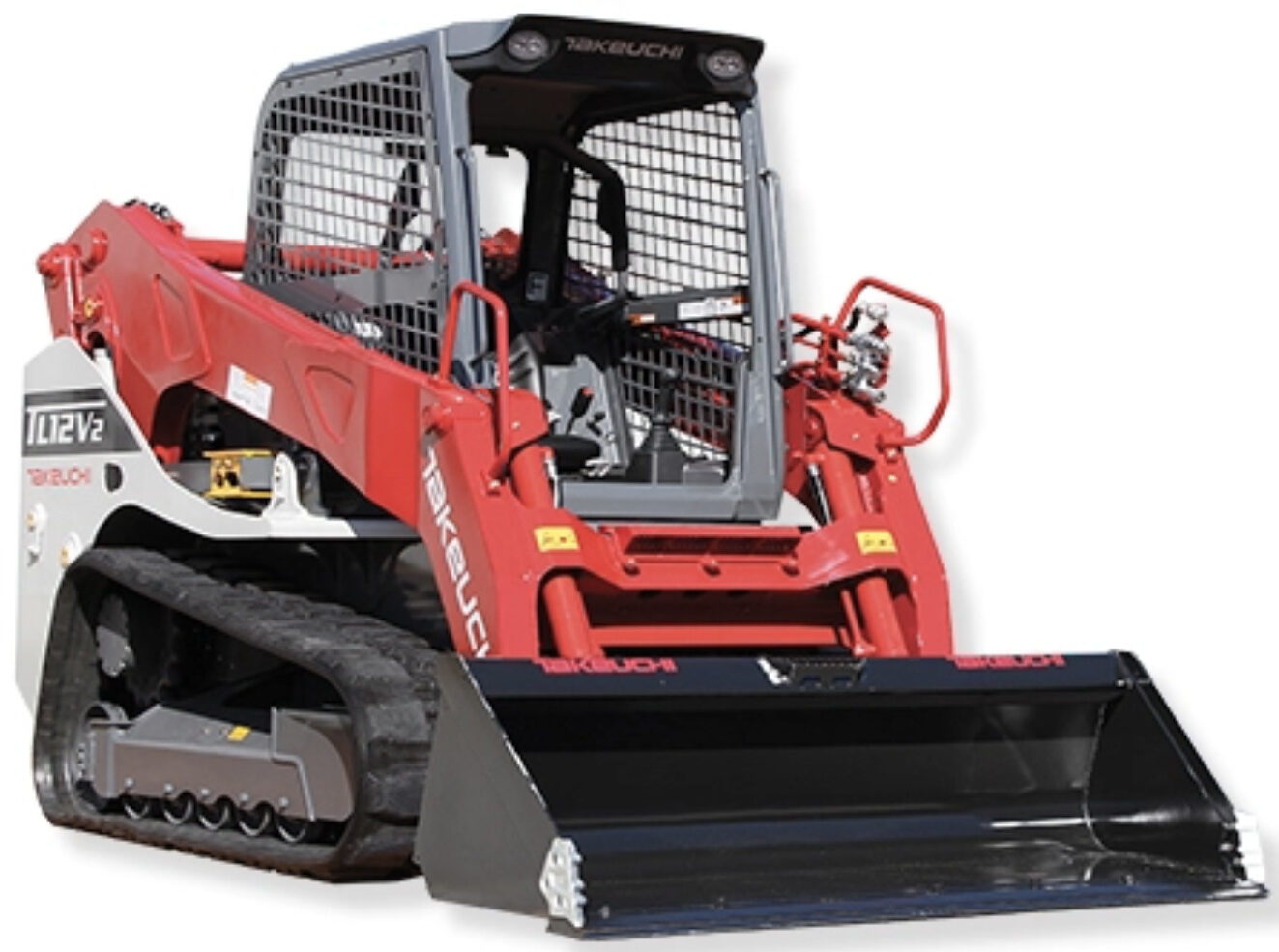 The Takeuchi TL12V2 skid steer is an excellent compact model with a great vertical lift capacity. The updated cab design offers easy entry and more room for the operator. This compact skid steer has a full vertical reach of 8 ft., 1 in., making it ideal for worksites that are all about the height. It also features a quiet track design for better, safer operation thanks to less noise and vibration. 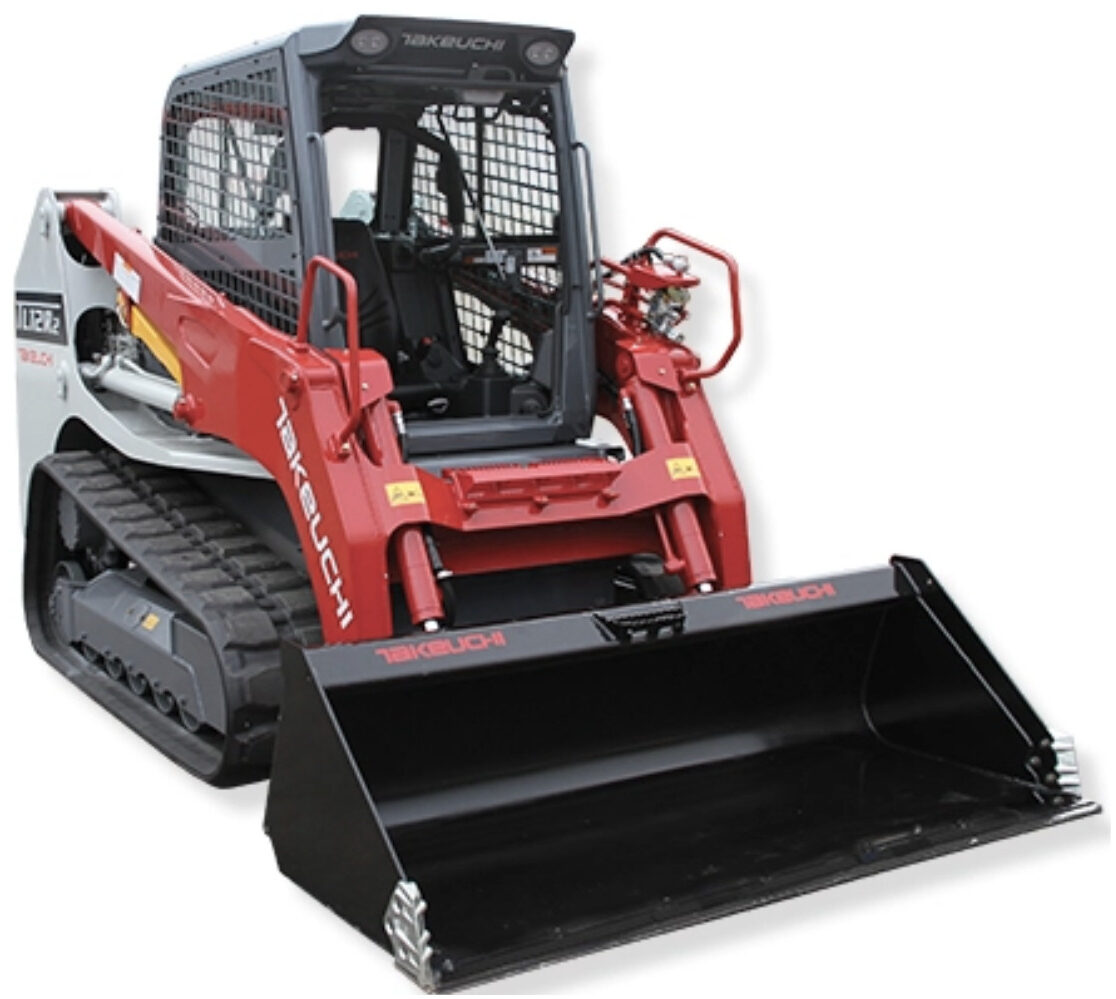 The Takeuchi TL12R2 is one of the most high-tech compact skid lifts that you can find in the industry. Powered by a 111.3 hp engine and with a rated operating capacity of 2,975 lbs, this model has a radial lift loader design to make your work smoother and more efficient than ever. The extra-large cab and quiet track design make operation quieter to keep your workers safe and in control. 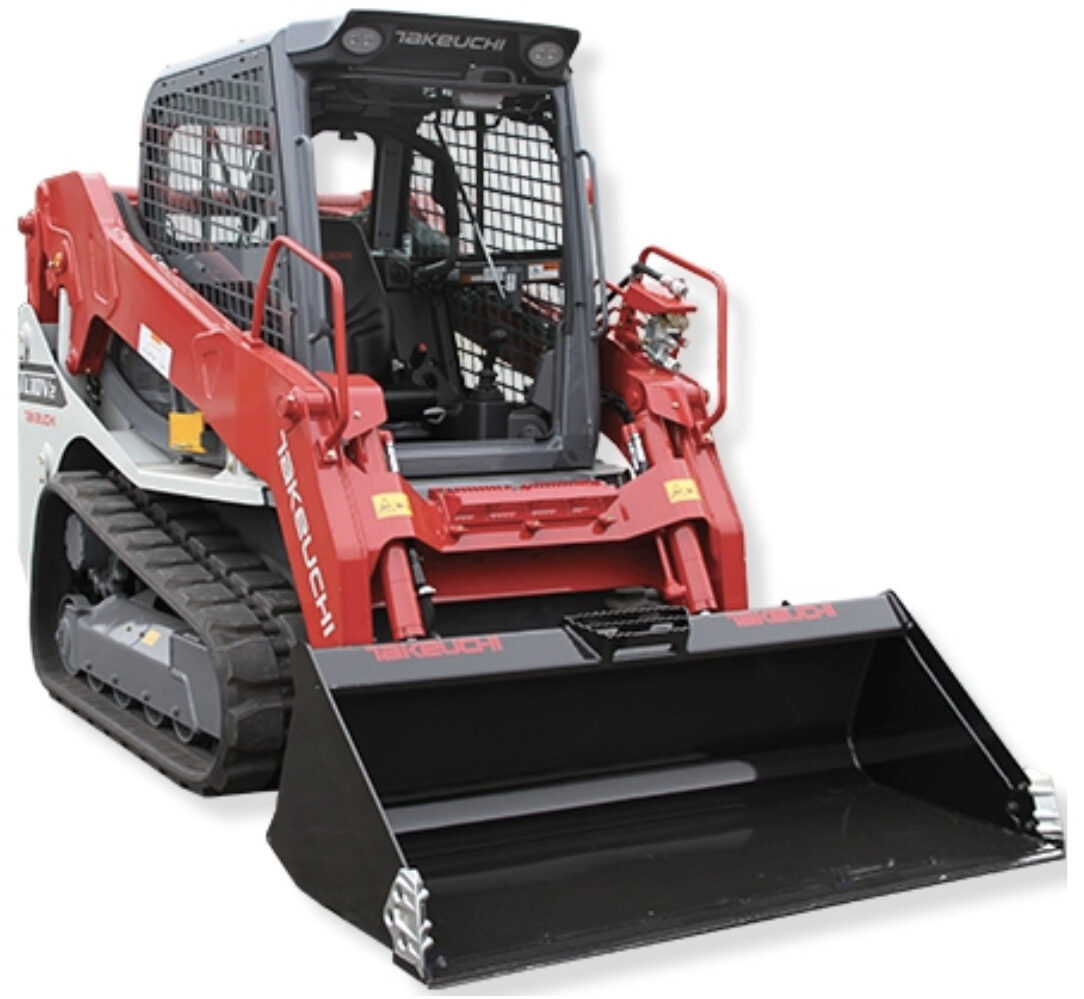 With a rated operating capacity of 2,522 lbs and an operating weight of 10,270 lbs, the Takeuchi TL10V2 is one of Takeuchi’s most powerful skid steers. With a vertical lift loader design and Final Tier 4 emissions safety standards, this model is made to be extra sturdy, powerful, efficient, and smooth. It has an extra-wide block tread designed to reduce noise and vibrations in the cab, keeping the operator safe and comfortable. 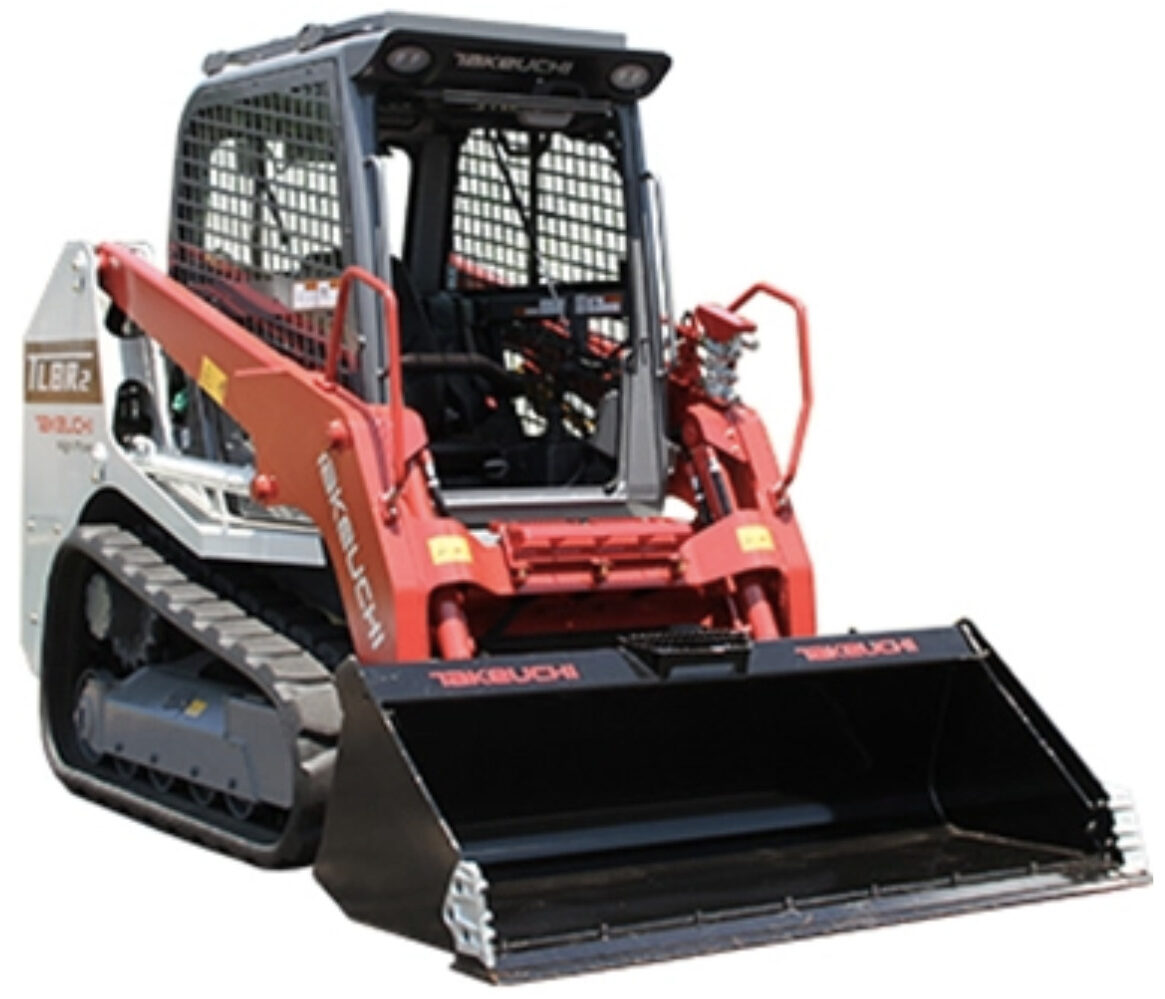 The Takeuchi TL8R2 skid steer is a middle-of-the-road piece of machinery offering some of the most precise and up-to-date features in the industry. It includes special routed drive lines and travel motors designed to help the machine drive exactly where you need it to. In the cab, you will find a redesigned, extra-wide control display with LED lighting and a rearview mirror for precise maneuvering. This skid steer comes with many extra features designed to help you complete the job more safely and efficiently, including creep mode, high-torque spin turn, load-sensing auto-shift, and much more. 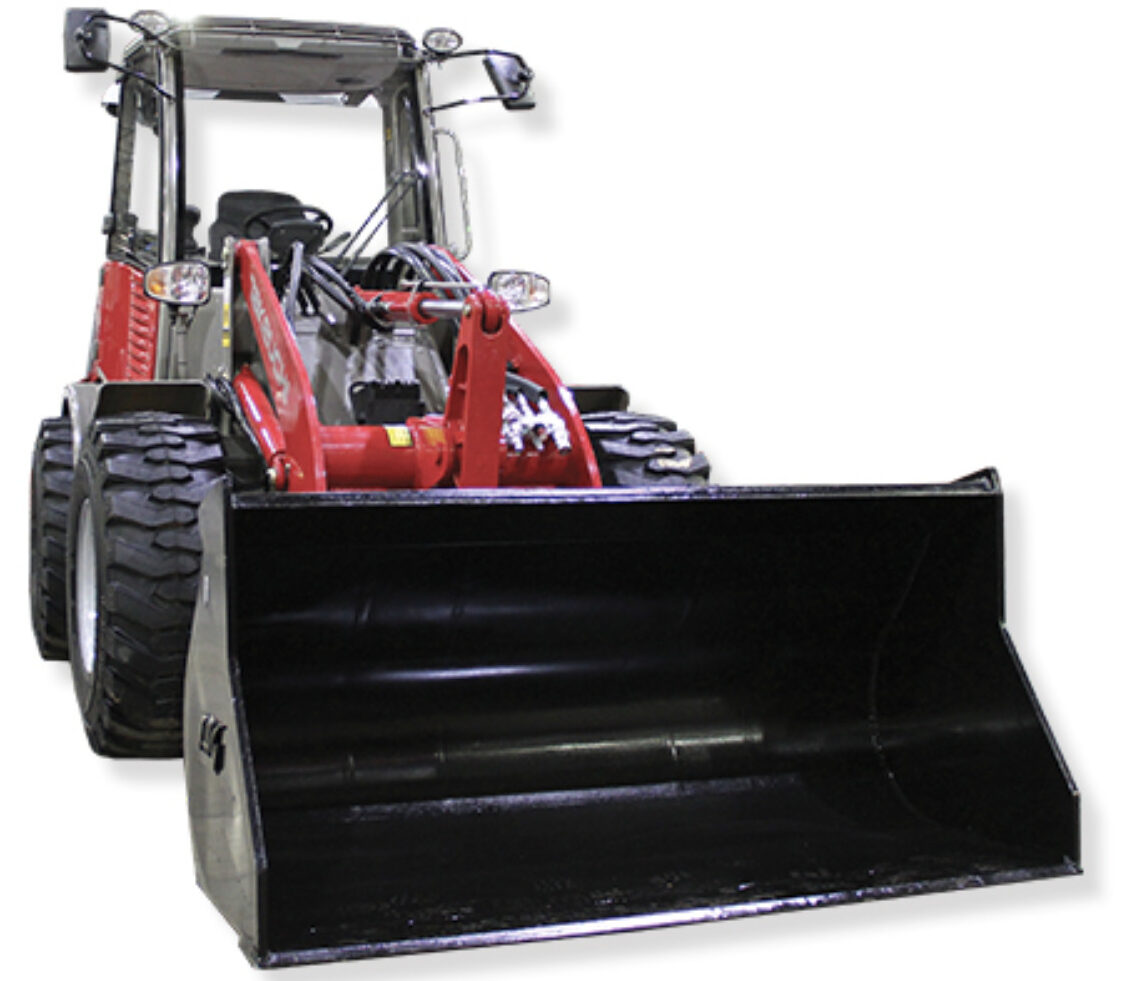 The Takeuchi TW60 skid steer might be compact and agile, but it also has a 2,953-lbs rated operating capacity. This high-quality skid steer model is made for jobs and job sites of all kinds. It includes a versatile range of attachments, which the operator can control directly from the cab. The machine is also ideal for working in a variety of terrain types, thanks to its 100% locking differentials with varied speed settings. The engine hood is accessible directly overhead to make regular inspections and maintenance quick and easy. 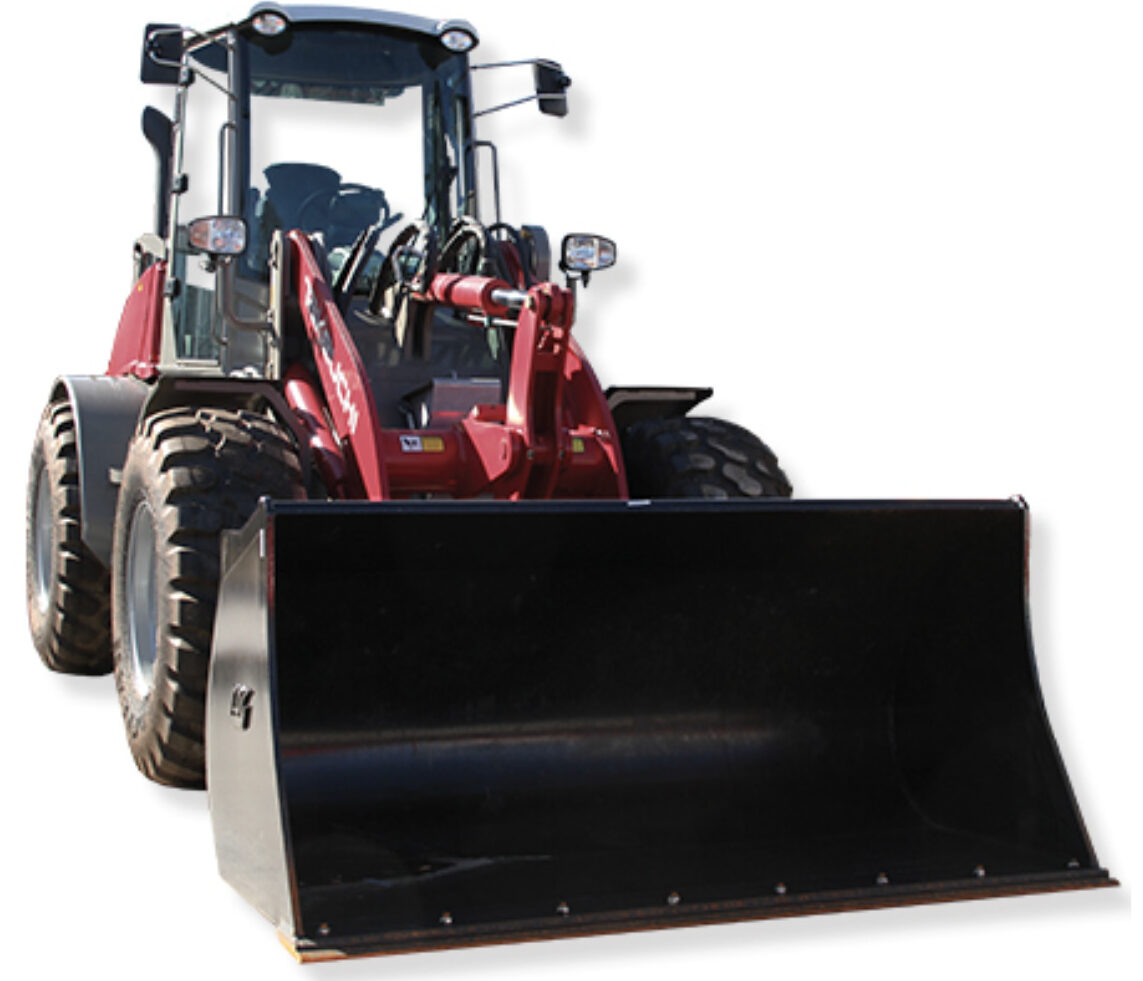 The Takeuchi TW95 isn’t just one of the most powerful skid steers in the company’s lineup — it might also be one of the most complex, innovative, and comfortable. An extra-large cab space makes it possible to have a high-back, heated operator seat with armrests as well as easy-to-reach controls. The controls are categorized by loader functions, directional movement, auxiliary hydraulics, and rocker switches to make it simple and intuitive to move as you need to. The skid steer also features a hydraulic quick coupler to make changing attachments a breeze. Meanwhile, the hydrostatic drive makes it easy to move around your work site as fast as 24.8 miles per hour. Locking differentials mean that you can work in a variety of terrains and conditions. The hood is accessible from the cab, making it quick and easy to do inspections, maintenance, and repairs. 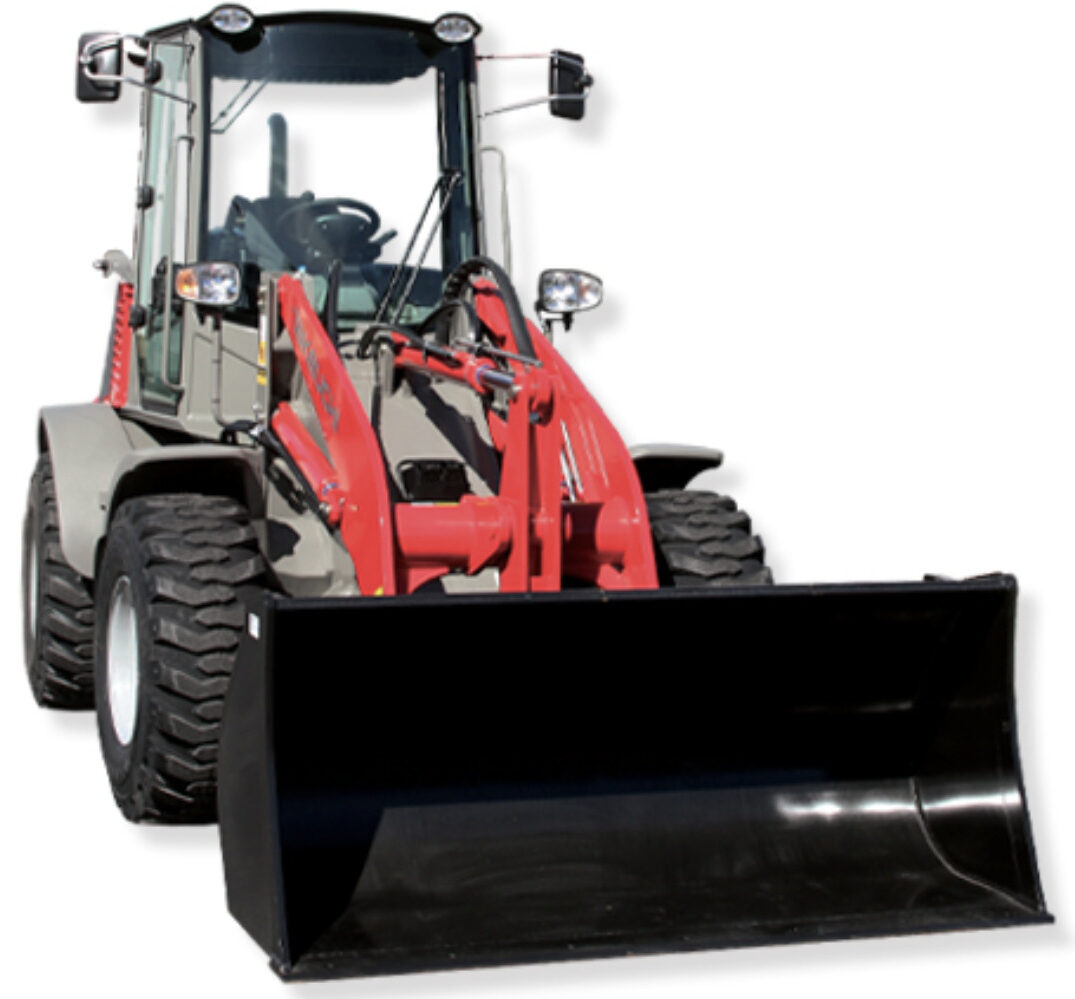 The Takeuchi TW80 skid steer is a small but powerful machine made for working efficiently in compact work spaces. With an extended reach and dump height, this model is perfect for many different conditions and terrains. The wheels are designed to reduce damage to soft ground surfaces such as grass and turf. The TW80 also features a high cab to improve visibility for more precise and efficient operation. With a wide variety of easy-to-reach controls, this skid steer is made to be simple, reliable, and excellent.

Is Takeuchi Better Than Bobcat?

Are Takeuchi Skid Steers Any Good?

Takeuchi skid steers are known for their strength, sturdy build, maneuverability, and reliability. While some users say that they lack the more extensive controls that certain brands, they are still considered good quality, especially for work sites with smaller spaces.

Takeuchi skid steers and other machinery are owned and manufactured by Takeuchi Manufacturing Co., Ltd. The company was founded in 1963 and began producing mini construction equipment in 1971. Today, Takeuchi Manufacturing is one of the leading producers of compact heavy machinery, with branches throughout Europe, Asia, and the United States.

How Many Hours Does a Takeuchi Skid Steer Last?

Like most high-quality skid steer models, Takeuchi skid steers can be expected to last roughly 5,000 hours. The official maintenance guide from the company recommends replacing the oil and other fluids every 1,000 hours. You should also inspect the machine after every use. With proper care and maintenance, you can expect your skid steer to work optimally for many years.

What Engine is in a Takeuchi Skid Steer?

Most Takeuchi skid steers use Kubota engines. These vary in power, size, and capabilities, but most if not all come from this one manufacturer.

Because Takeuchi specializes in compact machinery, its skid steers might not be as powerful as some larger models. However, that doesn’t mean that they can’t hold their own on a work site! The most powerful Takeuchi skid steer is the TL12V2. With a rated operating capacity of 4,107 and a 111.3 hp engine, this skid steer is seriously impressive, especially for its smaller size.

How Much Does a Takeuchi Skid Steer Cost?

Because Takeuchi skid steers are compact models, you are likely to pay less for one than for larger models. However, the price can still vary significantly depending on what model you choose, how much it has been used, and what condition it is in. You can expect to shell out between $20,000 and $60,000 for a secondhand model.

Where are Takeuchi Skid Steers Made?

All of Takeuchi’s products are made at its manufacturing plant in Nagano, Japan. This is also where the company has been headquartered since it was founded in 1963. From here, all the company’s products are shipped to its foreign branches in China, France, the United States, and the United Kingdom.

If you are looking for a compact machine that can still deliver on power and efficiency, you may want to find a Takeuchi skid steer for sale. These machines have led the way in the development of mini-construction equipment and are an excellent choice for work sites of all kinds. 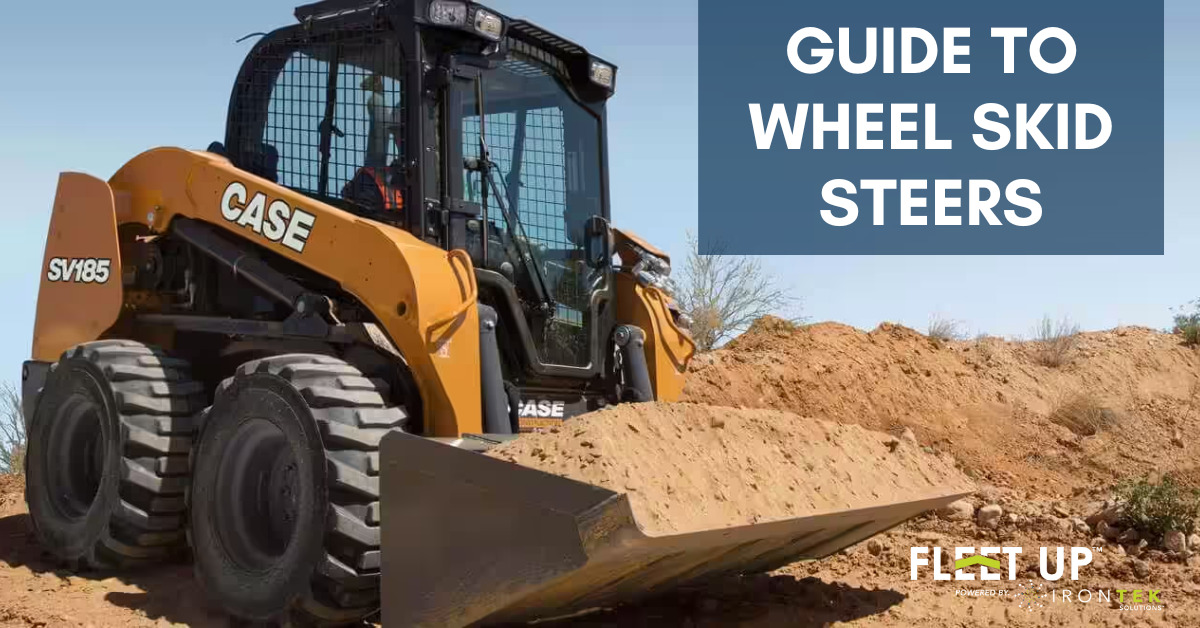 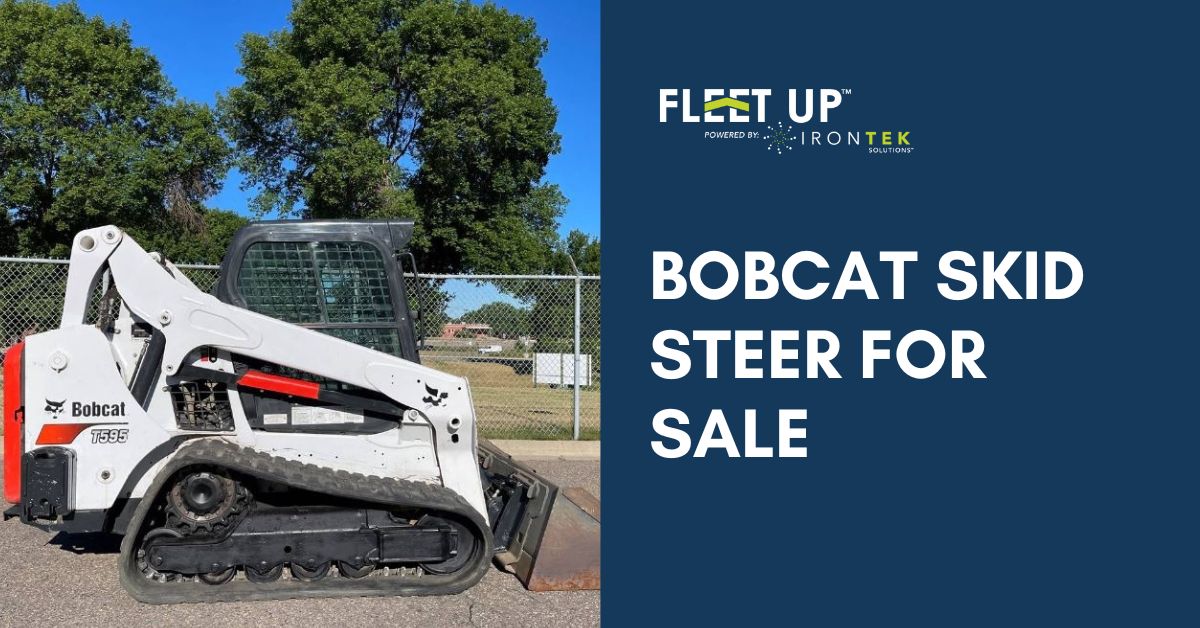 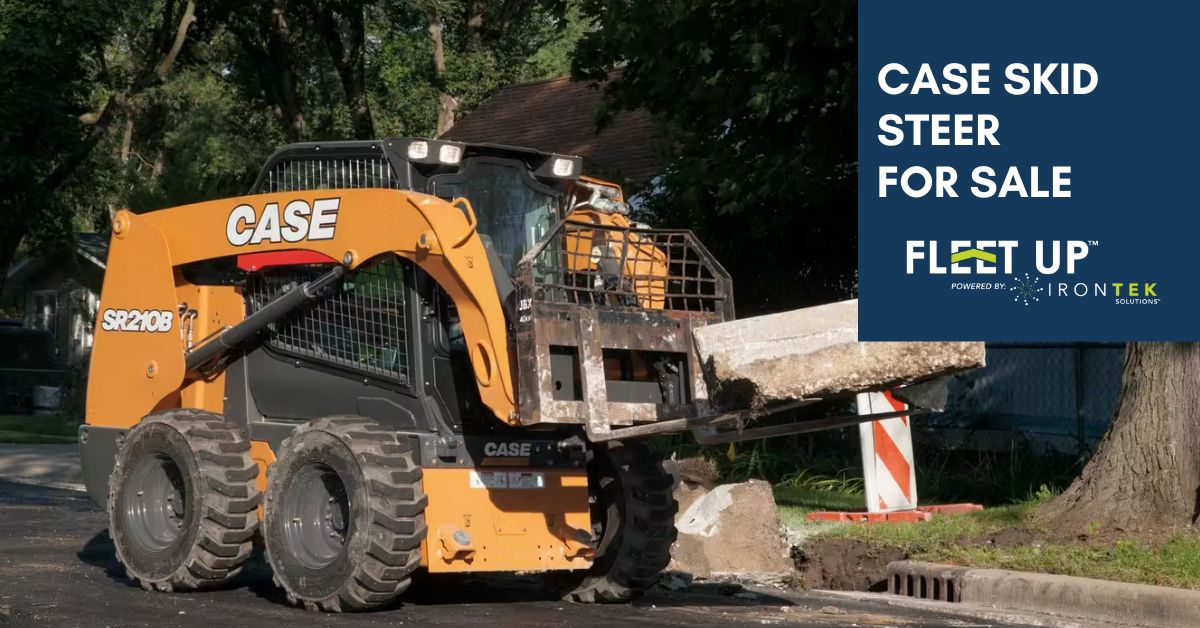 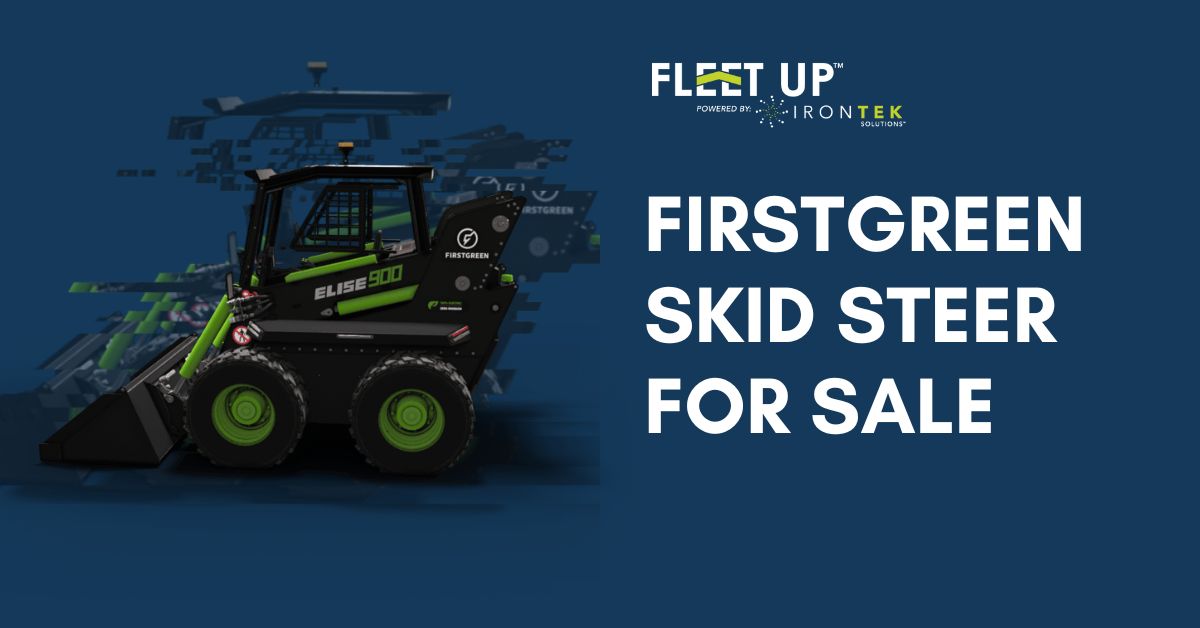 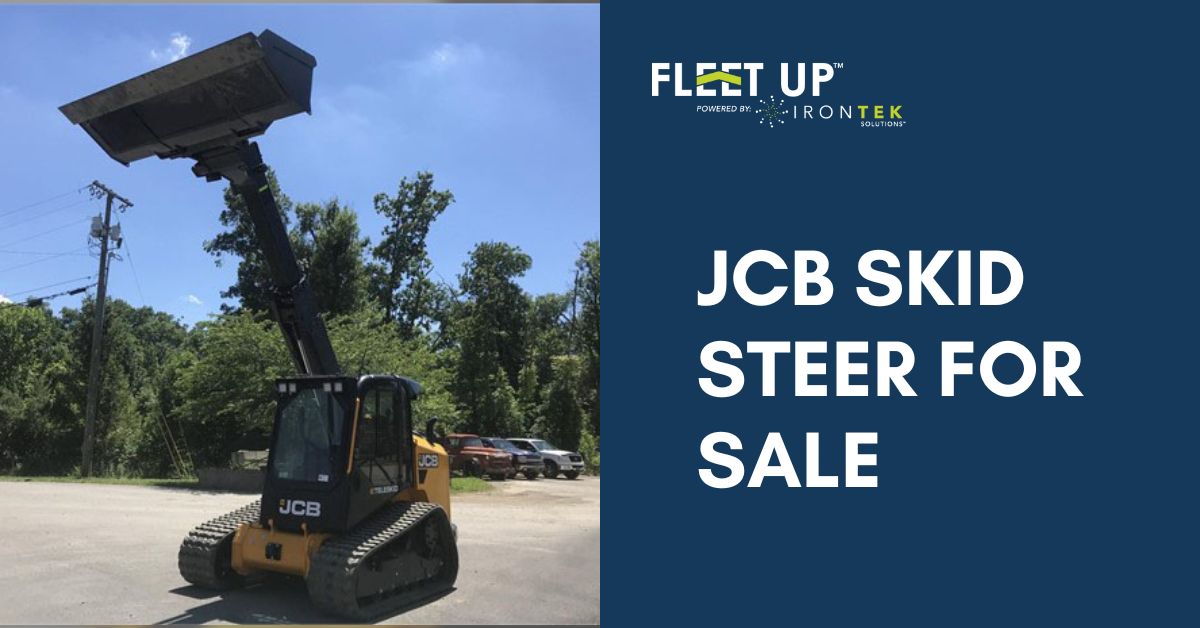